I highly recommend Carla Simon’s Summer 1993 for a film that beautifully honors the complexity and dignity of children, and Boots Riley’s Sorry to Bother You for his synoptic materialism and refreshing agitation, towards the dignity of class revolt. On reading, for the past few months I’ve been sitting with Asad Haider’s Mistaken Identity, Simulacra by Airea D. Matthews, Lo Terciario/The Tertiary by Raquel Salas Rivera, play dead by francine j. harris, The Blue Clerk by Dionne Brand, and pretty much anything Harmony Holiday puts into the world. Her Twitter account alone is one of the most exciting and valuable living archives I’ve had access to. Do yourself a favor and read this incredible piece of hers on Baldwin. While visiting London over the summer, I met Kareem Samara, who is a Palestinian musician and experimental oud player, I really love his work, you can listen to some of his tracks here. An emerging writer to support: Aslan Tudor, a young indigenous child first time author who is now 10 years old, and his mother have produced a children’s book on their experiences at Standing Rock, called Young Water Protectors: A Story about Standing Rock.It was recently released and I’m very much looking forward to reading it and sharing with my loved ones. As far as collaboration goes, I had a Pisces daydream about interviewing Marwa Helal about her groundbreaking new book Invasive Species that comes out from Nighboat Books in January 2019, where we only answer interview questions by exchanging images and links to songs. I don’t know how or when that is going to happen but I feel like it will, @Marwa.

Is there any way to survive in this world without assimilating into systems of power? How do we acknowledge our active and passive participation in totalizing systems that we are at odds with?

I think this is a question we will have to answer over and over again internally and externally for the duration of our lives, so I cannot offer a definitive response, but I can say that those I most admire within history have attempted courageously, ruthlessly, to facilitate an expansion of our language capacity, to gesture towards another possibility of life outside of racial capitalism. I am not so interested with acknowledgment that is rooted in shame or non-acknowledgment that refuses to confront how the empire embeds itself within all of us, I think the story is always much messier than that, but a poetics that attempts an ethnography of self and collective intermingling, I do believe has the power to forge another kind of relation beyond mere extraction. I also think that poetry that only lives on the page is incomplete. Last year I had the chance to interview Mark Nowak about the Worker Writers School and the history of the Union of Radical Workers and Writers that he actively helped form about how poets can move beyond detached exaltation to actually “shut shit down,” he responded:

“I’m not sure I’d separate poets or writers from everyone else. If we really want to “actually shut shit down,” that’s a massive project. We need poets and writers, sure, but we need workers and students and everyone. Every time I’m reading Ngugi’s work, I underline when he talks about the unity “with workers and peasants,” and I have a lot of underlines in so many of his books, books like Detained: A Writer’s Prison Diary and Barrel of a Pen: Resistance to Repression in Neo-Colonial Kenya. I’m actually not so much a fan of “political poetry” as I am of political movements, of building them.”

The current structures of power rely on (and hope that) workers/poets will construct identity as a set of competitive and marketable check boxes. A poetics of solidarity says I am hurt, I have caused others hurt, but I cannot imagine a future tense without you, and all this hurt is also always bathed in sunlight and moonlight, and the dead within us have stories to tell that we are accountable to.

Can you share work from other media that either inspired or is in conversation with your piece in Bettering American?

When, if ever, do you personally feel the most free? What is the relationship between that feeling and a more political freedom, either personally or collectively/ socially?

In the company of the women I love sharing excerpts of music and text. The essential relationship to forge and demand is collaboration: collaboration with the dead and the grieving, an assembly of tactic song to inspire the withdrawal of labor necessary to disrupt (and eventually destroy) forces that attempt to deny us webs of quiet (intimacy) with those who “incomplete” us. 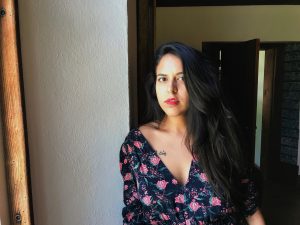 ZAINA ALSOUS is the author of the chapbook Lemon Effigies (Anhinga Press) and serves as an editor for Scalawag Magazine.