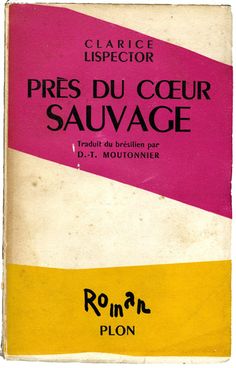 I have been reading Clarice Lispector (always, always), Turn Your Illness Into a Weapon—a little collection of the writings of the Sozialistisches Patientenkollektiv—Moten’s In the Break, and Wave’s gorgeous selected poems of Robert Lax. I can’t get enough of Hiroshi Teshigara’s collaborations with Kōbō Abe and Toru Takemitsu. Takemitsu’s scores especially in those films are unmatchable. Perhaps not unrelated I started watching more early Resnais who has several films that feature similarly elegant serialist scoring by Hans Werner Henze. I’ve been listening to, of course, the new Frank Ocean, but also Elza Soares’ latest; it’s a must listen.

The poems of Esdras Parra as translated by Jamie Berrout is something you should go and check out now. In fact, one should check out all of Jamie Berrout‘s work and buy everything they can.

Self-care is hard. Like I have to begin with realizing there’s no ‘self’ in any transcendent sense—I am just this small white trans thing here. For me to care for this self is to care for this white trans thing. Sometimes I warrant care. There are a lot of things I will never write about because I don’t owe it and I don’t want to deal with it. Me caring for this white trans thing is what’s important. Then there are other things I don’t want to deal with, but I must, because this white trans thing isn’t what’s important. This is where ‘self-care’ can become obscurantist, a tool of power. There are many selves with a disproportionate distribution of care. Sometimes one needs to cut off their own care so someone else can get a little. Sometimes you need to suffer for another. That’s what justice looks like.

Don’t. Or rather what passes for “allyship” is often these easy practices one can adopt to make one feel alongside whoever it is they’re oppressing. Ethical branding. But that’s just it with power, right? One fundamentally isn’t alongside another. One’s position is contingent on the other, one is assuming and profiting off the labor of another. Sure, it’s messy and sometimes more mutual or symmetric, but often it’s very plainly exploitative. When I am on the negative end of that, I more often just need support—real, material support—than aphorisms or posturing. Which is to say a cis person won’t ever read a poem I wrote and have associated themself out of structural transmisogyny. No matter how many tears.

So the question then is how does one support people whose oppression their position is contingent on. To run with the example that applies to myself: how many trans women have you defended from harassment? How many trans women have you provided housing, food, financial support for? How many trans women have you been a friend to? For me, and for most any other trans woman, the answer to these questions is years and years of inter-communal labor and support. We are providing it for each other because no one else will. The ones with the least power in any given situation are likely the ones distributing what little they have to each other. So one way to start to help is to pick up some slack and help undo that hurt. More importantly than always saying the latest correct word or phrase is simply to support us, hire us, house us, pay us.

How do you feel that writers or editors can engage in topics of oppression and violence without falling into tropes of exploitation?

JOS CHARLES is a trans poet and author of Safe Space (Ahsahta Press, 2016). They are founding-editor of THEM: a trans literary journal. They have writing published (and/or publications forthcoming) with Denver Quarterly, Washington Square Review, PEN America, Action Yes, GLAAD, Lambda Literary, and elsewhere. Jos Charles received their MFA from the University of Arizona in Tucson where they currently reside.