What have you been reading, watching, or listening to lately?

I have been reading books on various artist collectives, including collectively run art spaces as well as collaborative projects such as the Bernadette Corporation or the former collective from Berlin, Honey Suckle Company. I have been very interested in community and ways of forming communities that are inclusive and open. Such projects are on the demise in our extremely self, independent focused culture. I am also in the process of curating a short run, pop up art show/happening/event that will bring together people from all different types of artistic backgrounds—a space that will be open and available for anyone just walking off the street to participate in. I was recently at the Museum of Modern Art in Warsaw and this my experience there—the museum was open almost all the time, there was no admission, and every time I stopped by, the tables in the cafe/bookstore were filled with people talking, poring through books they’d pulled from the shelves of the museum’s bookstores. The feeling was very communal. Anyone could just walk into the museum, off the street.

What do you have to say to those who would suggest your writing is too intense or upsetting?

Something that occurred recently has changed the way I understand things. I realized that someone who, for example, has never experienced poverty will not recognize elements of it when they see it. I can tell someone what it looks like, how it feels, but that is not something someone who has not experienced first hand what that feels like, can ever comprehend. Perhaps intellectually or theoretically, but not otherwise. Similarly when reviewers say the work is too intense, I understand immediately that this is someone looking from the outside—someone who has not had similar experiences as I have and is also not trying to understand. What happens in both of these instances is that the person on the outside, who has not had the experiences, who is now labeling that experience or person, “too much,” will respond by being reductive. What helps is remembering who I am writing for.

I’d like editors to try to push themselves past what they recognize and/or are comfortable with. If editors only choose work they recognize or somehow relate to, things will never change. 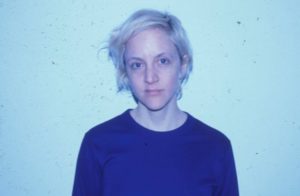 CYNTHIA CRUZ is the author of Wunderkammer, The Glimmering Room, and Ruin. She has published poems in numerous literary journals and magazines including the New Yorker, Kenyon Review, the Paris Review, and the Boston Review, and in anthologies including Isn’t it Romantic: 100 Love Poems by Younger Poets, and The Iowa Anthology of New American Poetries. She is the recipient of fellowships from Yaddo, the MacDowell Colony, and a Hodder fellowship from Princeton University. Cruz teaches writing at Sarah Lawrence College. She has published essays, interviews, book and art reviews in the LA Review of Books, Hyperallergic, Guernica, The American Poetry Review, and The Rumpus. She lives in Brooklyn.