Women today are still fighting a fight that began in the 1970s—namely, to carve out their own space in the canon of cultural greatness. The place of women in the arts is still woefully little understood and discussed in the mainstream, a fact that becomes all the more clear when one takes a glimpse at the intellectual landscape. Comparative studies of the lives, work, and legacy of women in visual art, film, literature, and criticism have at once flourished in some academic circles and remained marginalized in the publishing world since the 1977 publication of Elaine Showalter’s groundbreaking A Literature of Their Own. It is easy for readers to assume that the old myth that women simply do not have a strong history of creativity or intellectual production has some truth to it.

Which, of course, is not true, and we are at a time when the gaps in women’s creative history are being filled in at a greater rate. Journalist Michelle Dean’s Sharp is one such offering; in it, she tells the stories of ten women who made their names as critics and essayists, as well as satirists and fiction authors, throughout the course of the 20th century.  Dean’s collection of critics share one compliment in common: “They were called sharp.” The list is formidable: Dorothy Parker, Rebecca West, Hannah Arendt, Mary McCarthy, Susan Sontag, Pauline Kael, Joan Didion, Nora Ephron, Renata Adler, and Janet Malcolm, with all-too-brief mentions of Zora Neale Hurston and Lillian Hellman as well. As Dean points out, that sharpness is in some ways shorthand for what truly unites these women, namely their ability to define the cultural moment through which they lived and worked by pushing the envelope with biting critique and insight.

Being a “sharp” woman wasn’t easy. The privileges afforded men, particularly those who became critics and thinkers in, say, the postwar United States, were ones that even the most affluent and fortunate women could not hope to replicate for themselves. But some were able to push through the norms, expectations, and other limitations that prevented women from carving out their own spaces. Dean takes the women in plain sight and highlights the connections between them, an approach that doesn’t gloss over the often male-dominated circles in which these women moved and worked. The book’s greatest success is in weaving together the lives of these women in a way that reveals a network of intellectual influence and interaction that spans a century, puncturing the pervasive sense that women such as Hannah Arendt or Susan Sontag were isolated amid their male peers.

It is important to note that this book is not exhaustive. Dean herself makes mention in the introduction that this is a rather homogenous group of women of similar backgrounds. Hurston, for instance, is the only woman of color discussed in the book, and that discussion is cursory compared to the attention paid to the rest of the pack. This absence is heavily felt, and the book would have been stronger had it taken into consideration a far more inclusive array of women. The closeness of the women studied here does allow for some fascinating tangents to be teased out. The early experimental culture of The New Yorker, for example, is discussed at length, and it makes the current lack of prestige publications that take chances on emerging writers with out-there ideas all the more glaring. But the lack of diverse voices is a definite shortcoming that can’t be overlooked, and one hopes that, given the critical acclaim Sharp has received, publishers will be more inclined to take on works that fill in the still-existing gaps in the history of women’s criticism.

Even with its weaknesses, Sharp is a joy to read, particularly for those attuned to the place of women in criticism. The lives of the women studied are fascinating, their opinions truly an art, and their relationships complex and rich. In a field in which it can be difficult for women to see themselves, collections like this serve the crucial role of reminding us—critics and readers alike—that not only have women always been here, but they have always been at the forefront. 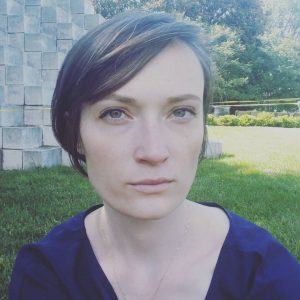 BRIDEY HEING is a freelance writer based in DC. More of her work can be found at brideyheing.com.