A Review of I Know You Rider by Leslie Stein

You are here: Home / VIDA Review / Issue 2 / A Review of I Know You Rider by Leslie Stein 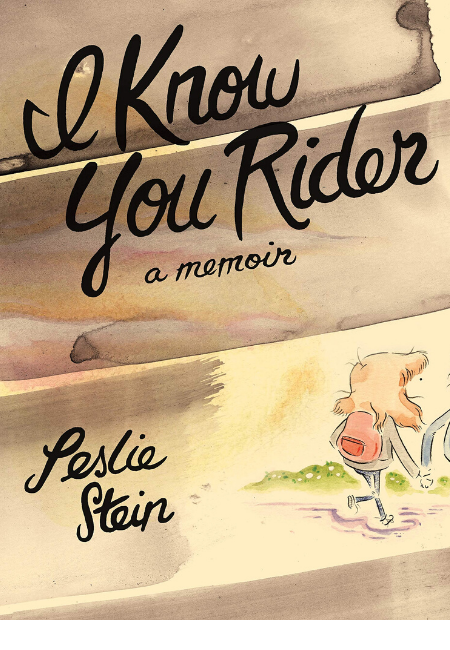 A Review of I Know You Rider by Leslie Stein

I Know You Rider, Leslie Stein’s graphic memoir, is an honest conversation about abortion and reproductive decisions. A graceful candidness hallmarks Stein’s exploration of a year of her life, beginning with her appointment at an abortion clinic. She draws the strangers in the waiting room with her as they were—varying skin tones, slumped and avoiding eye contact—but they at once embody an emotional spectrum—agitated, pensive, resigned, inquisitive. These aren’t just cartoons; they are real people.

Time loops back and forth between the clinic and the month leading up to it. Stein is a panelist at an Oregon book festival and hooks up with an old friend whose band happens to be playing in town. She returns home to her normal routine in New York: meditative walks in a local cemetery, work shifts at a family-friendly bar, and meetups with friends. It’s when she’s having drinks with a friend, a month after her hook-up, that she realizes she’s missed her period.

When we return to the abortion clinic, Stein’s supposedly painless operation leaves her in agonizing discomfort. Afterward, she bops around town until she ends up at home. What does a person do post-abortion? “You do the same thing you always do.”

In abortion and reproduction debates, humanity gets erased, reduced to its disassembled parts like a decommissioned machine. It makes it easier to create a clear boundary between “right” and “wrong.” But Stein reinfuses life and compassion, humanity, back into the conversation.

Yet the memoir is never preachy. One of its subtle beauties is Stein’s depiction of life’s mundanities and how frequently reproduction tinges the edges. It’s conversations with taxi/Lyft drivers, a parent’s outspoken desire for grandchildren, the beauty of local environments, and the sparkling banter of media pundits (thankfully absent in the memoir) that inform our reproductive decisions.

Stein poses the question to her mother, “What if you were morally opposed to the very idea of having children even though you wanted them?”

Her mother responds, “So you’d be living based on your ideals?…If you live that way you aren’t going to have a happy life.”

And in some ways, isn’t that what’s happening right now? No one can figure out whose ideals are the ones that make everyone happy. (Do such ideals exist?) Stein contemplates her own happiness as she navigates her life post-abortion. She considers “modified realities” and “alternate dimensions” of her life. The what-ifs that come with imagining living with different ideologies. And from them she opens herself to the “sadness, anger, relief” from her abortion and the ways in which she and so many others want to talk about this but “are afraid that people will not want to listen.”

The philosophy interwoven into the story draws readers in, and Stein’s brilliant watercolor cuts through the black-and-white divide of reproduction to add shades of gray, and the rest of the rainbow. So much individual decision-making depends on perspective and need. For her friend Phil, he’d rather a meteor crash into Earth and end it all instead of “bringing any kids into this world.” But for a childhood friend, raising twins is possible if it’s done sustainably and ethically. Her mother would rather have the children regardless because that’s what makes her happy.

Seven years before I became a mother, I didn’t want to be one. More than anything, I wanted to be touched: lovingly, passionately, with a hunger that consumed both me and the other person. I found that during a study abroad stint in 2008 in the Galápagos Islands. In the aftermath, while flying back home to California, I obsessed over the waning 72-hour window I had to take emergency contraception.

Pregnancy was an impossibility. I didn’t want to be in graduate school and pregnant or be forced to choose between these two options. Biblical scriptures battled free will in my mind. I thought of a college friend who had an abortion during our sophomore year, the criticism she faced beforehand, and the social dues she was forced to pay afterward. But what would I do if I was pregnant? There didn’t seem to be a place for me to have that conversation—shame-free—with anyone. I never had to make a choice, but that moment still lingers in my thoughts, in my conscience.

Normalizing these discussions is necessary. And what makes I Know You Rider quite amazing is that instead of leaning on exposing the shame surrounding abortion and reproduction, Stein reveals the healing that comes from these much-needed conversations. It’s not about presenting a universal right or wrong answer. It’s just about the journey to discovering your own individual answers and accepting whatever happens in the aftermath of making them. It’s not our decision. It’s yours. 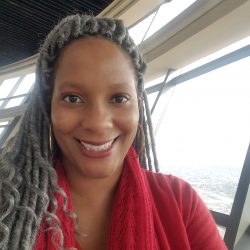 DW McKinney is the book reviews editor for Linden Avenue Literary Journal and she is the 2020 Web Resident in Fiction for The New Southern Fugitives. Her essays have appeared in Narratively, [PANK], and Boston Accent Lit, among others. Her reviews have been featured in Bitch Media, Entropy Mag, and Black Girl Nerds. Say hello at dwmckinney.com or on Twitter (@thedwmckinney).