A Review of Indigo by Ellen Bass

You are here: Home / VIDA Review / Issue 2 / A Review of Indigo by Ellen Bass 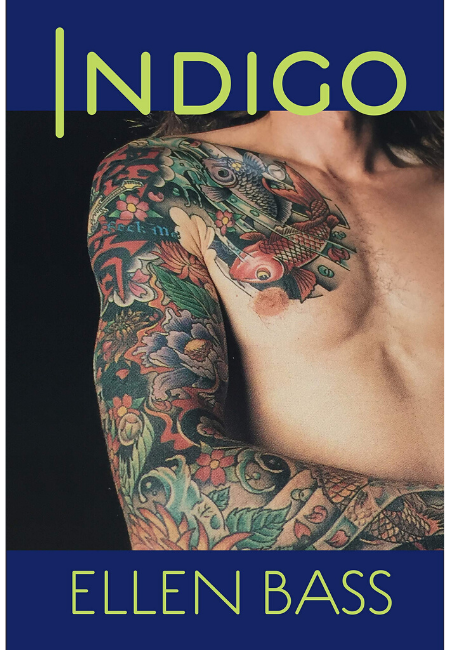 “All That Blue With the Sun Clanging on It”:  A Review of Ellen Bass’s Indigo

In Ellen Bass’s new work, we should look not for formal breaks or radical shifts in subject matter, but for a deepening sensibility and expanded agility in applying the tools of her craft. If her fine descriptive-meditative poems follow nose-to-tail through Mules of Love, by Like a Beggar, the poems step like Lipizzaners as Bass puts them through their varied paces. Nothing less than these cumulative efforts could have equipped Bass to write Indigo, in which her enduring question of how we can “admit / the world as it is,” while remaining tender, open, and susceptible to joy, gets its most generous consideration yet.

In exploring that question, Indigo investigates despair and praise as symbiotic opposites. In poem after poem they breach together, “a spout bursting through / all that blue with the sun clanging on it” and “the dark flukes flaring, / silhouetted, raised heavy for a moment into all that light.” The bound couplets of “Because,” in particular, illustrate this marriage of bright buoyancy and dark weight: a new mother, “pushed out / into another world” with her infant, comes to know that “love and grief would be greater / than I ever imagined, // rooted together like north and south, / over and under.” The power of a poem like “Because” depends not only on Bass’s blue-ribbon metaphors, perfect line breaks, and sure rhetorical pivots, but also on the clear-sightedness that comes “only with distance.” The speaker in “The Long Recovery” who can state, “I’m old / enough to know there’s nothing / we love without incurring / the debt of grief,” knows to ask, “How can I hurl myself deeper / into this life? Why / do I think there’s something better / I could be doing?” Similarly, the speaker in “Ode to Zeke” can call her aging dog “my / barking heart, my breaking brother, / … / my text / of decrepitude, my usher to death” while reassuring him, “I’ll fry you a fish. I’ll sit by your bowl. / Eat from my hand. I have nowhere to go.” Throughout Indigo, true perspective enables Bass, like Richard Wilbur, to extol the idea that “love calls us to the things of this world” even as they go on perishing.

As environmental ethicist Lyanda Lynn Haupt observes in Pilgrim on the Great Bird Continent, “There is a tendency toward a deepening humility in the practice of the naturalist’s faith,” and Bass is a naturalist of the lyric, hers a faith in the sustaining ecology of poet, reader, and poem. In this ecology, humility functions as a check on its “true opposite,” not arrogance but “forgetfulness.” “Refuge in our own knowledge,” Haupt adds, “is perhaps our favored species of forgetfulness.” In opening her new collection with “Sous-Chef,” Bass wastes no time in surrendering that refuge: “I still have opinions / but I don’t believe in them,” her speaker declares, ceding self-assertion to a greater knowing:

Tell me what to do. I’m free of will.</span
I carve the lamb into one-inch cubes.
I don’t use a ruler, but I’d be happy to.
Give me a tomato as bright as a parrot.
Give me peaches like burning clouds.
I’ll pare those globes until dawn.

This speaker-chef is a devotee, glad to be shucked of ego and engaged in the work of loving, which is figured—as it will be again in “Sink Your Fingers into the Darkness of My Fur”—as a welcome “yoke / lowered onto my shoulders.” And because this is Bass, love is always incorporated, a coupling of body to spirit; ever since “Poem to My Sex at Fifty-One” in Mules of Love, globed fruit has stood for bounty both sexual and miraculous.

At the root of humility is humus, soil. Despite her awareness of ongoing suffering and “all that’s destroyed,” the speaker of “Sous-Chef” could claim with Frost that “Earth’s the right place for love” (“love and grief,” after all, are “rooted together”). This foundational humility allows for extraordinary capaciousness in the poems of Indigo. The more Bass’s lyric speakers give up the refuge of certainty, the larger the space of refuge her poems offer a reader. In Like a Beggar, this haven was snug as the space between blouse and breasts in which the speaker’s wife resuscitates a fallen baby bat. In “Black Coffee” the space is accommodating as the diner in which the speaker’s mother “sat in the booth with her coat still on, / crying, silently, just the tears rolling down, / and the waitress never said a word, / just kept refilling her cup.” And in “Because What We Do Does Not Die,” the poem itself is an inexhaustible sanctuary, the space in which the speaker can “bow down to my mother, / my dead mother who will never be dead.” Humility also defines the ethos of poetry itself. If there is an ars poetica in Indigo, it is “Reincarnation,” which begins by conceding, “Who would believe in reincarnation / if she thought she would return as / an oyster?” only to argue,

Yet, perhaps we could do worse
than aspire to be a plump bivalve. Humbly,
the oyster persists in filtering
seawater and fashioning the daily
irritations into luster.

As much as artistry, it is the grunt work of the poet, her relentless, quotidian processing of experience, that results in a lustrous artifact.

Indigo does include delightful instances of Bass’s trademark praise poems rooted in sensory pleasure—“Ode to the Pork Chop,” “Mammogram Callback with Ultrasound,” “Kiss,” “Sometimes, when she is buried deep.” As sources of light these poems are smaller and brighter for existing among Indigo’s most powerful poems, which are “wide awake in the darkness,” streaked with a fearful sense of exile from the body and its pleasures. If in Mules of Love we encountered a speaker whose lover “like pulling a fat shining trout from the river / …pulled the river out of me,” in Indigo we are told a time will come when the speaker will “say the most gentle refusal” to her own blood, though it once “rose / to the surface like a fish that couldn’t wait to be caught.” “Wilderness,” “Ode to Zeke,” “I Could Touch It,” “Sink Your Fingers into the Darkness of My Fur,” “Indigo,” “Any Common Desolation”—for all their measured pacing, these are urgent lyrics that place the sensual in one hand, the sacred in the other. If Dickinson’s speaker in “Because I could not stop for Death” takes us on a sedate carriage ride toward eternity, the best poems in Indigo send us “galloping” toward it. We must cling to both reins and revel in the ride. 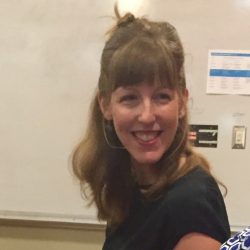 next: Review: I Know You Rider by Leslie Stein>>