I just finished M Train by Patti Smith.  I loved it because it reminded me of all the years when I read so passionately I could lose myself in words or words were like bread. I like how she uses photographs in the book—these blurred small snapshots that become relics and talismans.  Other books I am reading on the subway (the virtual subway since San Antonio has no subway—only hot buses): The Lost Child by Elena Ferrante, Citizen by Claudia Rankine, Off-Shore by Penelope Fitzgerald- a sad, sad but magical book, and The Poetics of Space by Gaston Bachelard.  I read it twenty years ago as a student, but I must not have been paying attention.  It makes so much more sense to me now and is making think in a new way about  the concept of “house” and “home.” 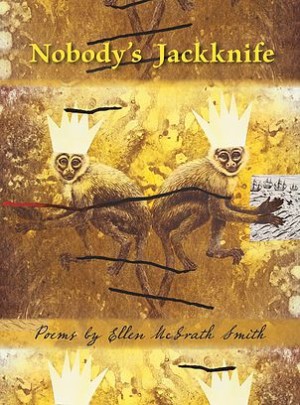 It is so hard for me to name just one!  But if I have to name just one, I would say Nobody’s Jackknife, a wonderful collection by Ellen McGrath Smith.  It is her first full-length book of poetry—and one that has been a long time in the making—and this shows in the beauty and precision of her language and her organic and altogether convincing way of conflating addiction—sexual and otherwise—with a prolonged contemplation of the practice of yoga.  It is a book that gave me a sense of recovery at a time when I needed it.  Others I would mention – A Crown for Gumecindo by Laurie Ann Guerrero, Catalog of Unabashed Gratitude by Ross Gay, Calle Florista by Connie Voisine, Autobiograph/Anti-Autobiography by Jennifer Bartlett,  and If I Go Missing by Octavio Quintanilla—all great startling books that speak  to the violence, despair, and hope of our times.

Words or writers? I return often to words by my friend Melissa Kwasny, a writer who knocks my socks off every time.  Here’s a snatch of her voice:

“My first name came out of a book or a cloud or a sound pleasant
to my mother’s ears. The second is my father’s and doesn’t suit me.
The third ties me to the dead, is folded in their cloth. People of
the cloth, aren’t we all so?….”

Every time I read her, I think, why aren’t more people reading her?  She  writes about people and nature and women in a way that feels utterly fresh and radical and like no one else I know of; her poems are dense and sometimes difficult, but they always reward the attention they are given.

Maggie Nelson, The Argonauts.  I am dying to read this book—which sounds frankly irresistible–and cannot figure out why I have not read it yet.  I keep writing  the name of it on lists in which I promise myself to get hold of a copy NEXT WEEK.  It is still next week, but next week is surely getting sooner.

I’ve been working for far too long on a book of poems called Iron, Ardent, which I keep  fiddling with—it has caused me more grief than any other book I have written, but it is  like a difficult child in that I have learned so much from it that I can’t quite resent how much time & trouble it has caused me.  I wanted, I think, to write a kind of history of “girlhood” a fraught concept if there ever was one.  I was interested in my girlhood, which involved a long wearing of orthopedic braces, several surgeries and many processes of “correction,”  physical and otherwise.  I guess for the book I was interested in the brutality of the processes by which a person—any person—becomes “socialized.”  The title comes from a few lines by Emily Bronte, which I have always found queerly heartbreaking:

I love the strange way in which she at once condemns the Iron man, (albeit in an odd backwards way—he  is clearly no longer “an ardent boy,” but a threatening disturbing figure) and yet extends him a kind of olive branch, the understanding that some way, somehow they are similar; I love the difficult generosity of that gesture—a generosity I still struggle to arrive at in my own  life. 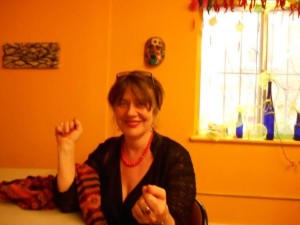 Sheila Black is the author of House of Bone, Love/Iraq (both CW Press), and Wen Kroy, which received the 2011 Orphic Prize in Poetry from Dream Horse Press . She co-edited with Jennifer Bartlett and Michael Northen, Beauty is a Verb: The New Poetry of Disability, (Cinco Puntos Press), named a 2012 Notable Book for Adults by the American Library Association.  In 2012, she was a Witter Bynner Fellow, selected by Philip Levine.  She lives in San Antonio, Texas where she directs Gemini Ink, a literary arts center.