I just finished Born to Run by Christopher McDougall, which is motivating me to run — slowly — over long distances. He makes the case that women get stronger (compared to men) as distances get longer, and that ancient persistence hunters were both male and female, running marathon-length distances to wear out an animal until it collapsed from exhaustion. Of course, I’m vegetarian. But I thought of those runners yesterday, as I jogged, slowly, from Bushwick over the Manhattan Bridge, then back to Brooklyn, then back again to Manhattan, through Chinatown and Soho to the Williamsburg Bridge, over the East River for the fourth time, and back home. 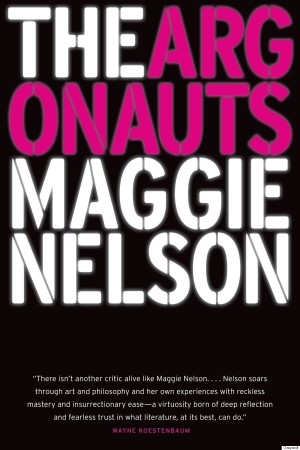 2015 was the year I discovered Marilynne Robinson. My grandmother bought me Lila for my birthday, and then a friend let me borrow Gilead. While I was at it, I read her interview with President Obama in the New York Review of Books. I also devoured the entire Neapolitan series by Elena Ferrante, along with the rest of Brooklyn, it felt like. Who cares — they’re good books, expertly paced, impossible to put down. I also read The Argonauts by Maggie Nelson, and wept on the floor reading Beloved by Toni Morrison for the first time. I realize that’s seven books that popped for me, not one, but how to choose? Tonight, while walking home on crowded sidewalks under the J train’s shadow, I thought of Lila’s disappeared daughter in The Story of a Lost Child. The books listed have become a part of me. Often, the lights of the train illuminates faces that first appeared in those pages.

I keep returning to Junot Diaz‘s short story collection, Drown. Although I’m a poet, I’m trying to write essays, and I love how Diaz’s characters emerge, practically complete, after only a detail or two: hairs swirled around a nipple, the smell of a new car. He’s also expert at weaving in flashbacks (I’m thinking specifically of “Fiesta, 1980”).

And Italo Calvino is another favorite, because when I get frustrated trying to write he reminds me of the joy of reading. My favorite books by him are his books about reading, the pleasures of it, which he even compares to sex:

“Lovers’ reading of each other’s bodies (of that concentrate of mind and body which lovers use to go to bed together) differs from the reading of written pages in that it is not linear. It starts at any point, repeats itself, goes backward, insists, ramifies in simultaneous and divergent messages, converges again, has moments of irritation, turns the page, finds its place, gets lost. A direction can be recognized in it, a route to an end, since it tends toward a climax, and with this end in view it arranges rhythmic phrases, metrical scansions, recurrence of motives. But is the climax really the end? Or is the race toward that end opposed by another drive which works in the opposite direction, swimming against the moments, recovering time?”

Solmaz Sharif‘s Look is forthcoming from Graywolf Press and I absolutely can’t wait to read it. July seems so far away! Until then, I have a bunch of books that I ordered for my school’s library that just came in: The Address Book by Sophie Calle, I Remember by Joe Brainard, and Seibo There Below by László Krasznahorkai. I also want to read Sara Novic‘s Girl at War.

I just finished working on my chapbook, English Kills, which is coming out from Autumn House Press. I hope people order it! I thought, when writing it, that it would become part of a full-length manuscript, that it would guide me, but I still feel lost as to the direction of my work and what I want to write about. Sometimes I’m not even sure what I wrote about in English Kills. Lately, I’ve been trying to facilitate others’ creativity, both by teaching and by hosting readings in my living room (or, as my roommate would say, “in our decrepit palace”). In December, I teamed up with Parallax/Singing Saw for a joyous holiday party, and in February, Mike Lala, Amy Lawless, Ruthie Rodriguez, and Rosebud Ben-Oni read their work during an evening full of magic and spilled wine. I hope for more readings in the future, and I’m open to collaborations with journals and organizations — just get in touch! 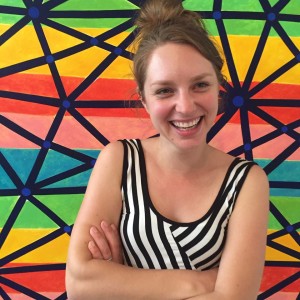 MONICA WENDEL is an assistant professor of composition and creative writing at St. Thomas Aquinas College. Her first book, No Apocalypse, won the Georgetown Review manuscript prize and was published by the press in 2013. She is also the author of three chapbooks, most recently English Kills, which won the Coal Hill Review prize and is forthcoming from Autumn House Press in March 2016. Her work has appeared in Ploughshares, Rattle, Bellevue Literary Review, and other journals.