Anita Loos’ 1925 novel Gentlemen Prefer Blondes. It’s the basis for the 1953 Marilyn Monroe film, but it’s very modernist and much edgier than the film (which I also happen to love). My students at Queens College are reading it for our comedy and satire-based English class. I am kind of stunned at how germane it is with contemporary American life. There’s a moment I just read in which the “dumb blonde” narrator-protagonist, Lorelei Lee, writes about how she thinks silent film director D.W. Griffith should be elected president because she thinks he is capable of fighting off Communism. “And when I saw how Mr. Griffith handled all those mobs in Intolerance I realized that he could do anything, and I really think that the government of America ought to tell Mr. Griffith to get all ready if the bolsheviks start to do it.” It’s such an excellent satire on mistaking the image of power for power itself. 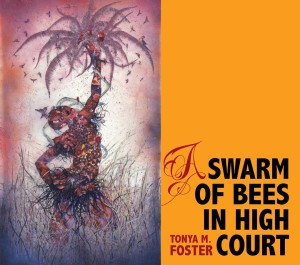 The first book that comes to mind is Tonya Foster’s A Swarm of Bees in High Court. I began suffering from insomnia this year, and Foster’s poems addressing insomnia—and all of its wild implications—were practically medicinal to me. I think she’s a very smart, very compassionate, wonderfully risk-taking poet.

Harryette Mullen has been one of my favorite poets since I encountered her book Sleeping with the Dictionary in my first poetry workshop in college. Actually, I am also using that book in my Comedy and Satire class this semester—I love thinking of her poems in terms of comedy. My students love the interplay of wit and seriousness in her language. Her work always gets me going—if I ever need to get un-stuck, I know I can always turn to Recyclopedia or Urban Tumbleweed. She’s the best.

Stacy Szymaszek has two new books coming out this year, which I am very much looking forward to. She’s been a helpful, freeing presence in my reading and thinking.

My grandmother, Jean Byers Cushing, was a writer. She published a few short stories in major magazines in the late 1940s. Last year, my father sent me a bunch of her journals, and I have been experimenting with writing in collaboration with her language—it’s kind of a way of spending time with her, although she died a long time ago. I love the feeling that she’s in the room with me, and that we’re getting to write alongside each other. I think 2016 is a much more inviting time for women to be writers than the years when she was writing. 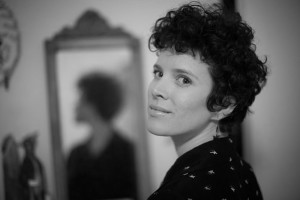 IRIS CUSHING is the author of Wyoming (Furniture Press Books, 2014). Her poems and critical writings have appeared in the Boston Review, the Poetry Project Newsletter, and the Academy of American Poets Poem-A-Day series. She studies mysticism and New American poetry in the English Ph.D. program at the CUNY Graduate Center, and is a founding editor for Argos Books.