I was just on a plane to Tucson for the Tucson Festival of Books,
which required me to get up wayyy before dawn and navigate three
airports on two hours of sleep. But luckily, I had the BEST book with
me: Company Town by Madeline Ashby, which comes out in May from Tor
Books. (Full disclosure: Tor is my publisher, and the editor of
Company Town also worked on my book.)

There were a bunch, but I’m going to go with The Beautiful Bureaucrat
by Helen Phillips, which is a Kafka-esque Twilight Zone mindfrak that
manages to be disturbing, haunting and amazingly lyrical. 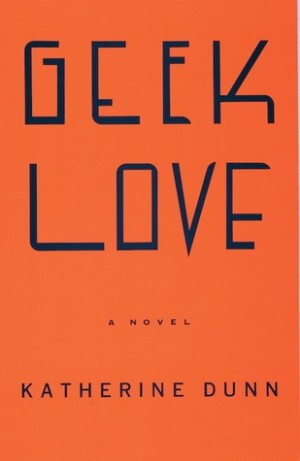 Lately? I’ve been revisiting Geek Love by Katherine Dunn a lot. You
can’t find a sentence in that book that isn’t amazingly gorgeous and
truthful.

I’m dying to read The Portable Veblen by Elizabeth McKenzie. I’ve
heard nothing but great things about it. As soon as I clear my stack
of science fiction novels that need to be reviewed yesterday, it’s
next.

I’m working on another novel, set in the future on an alien planet.
It’s got a bit of Moll Flanders in it. Also, I have a few short
stories that are tantalizingly close to being done, including more
stuff set in the world of my story “The Cartography of Sudden Death,”
about a time-traveler from the distant future who’s trapped in a
barbaric empire in our nearer future. 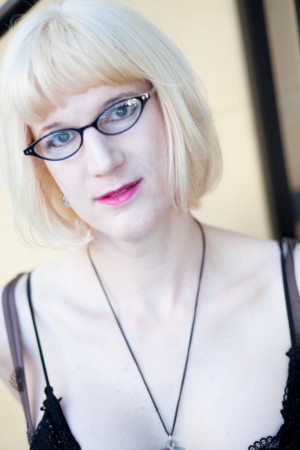 Charlie Jane Anders is the author of All the Birds in the Sky,
which was an L.A. Times bestseller and an IndieNext pick. She’s a
founding editor of io9.com and the organizer of the Writers With
Drinks reading series. Her stories have appeared in Asimov’s Science
Fiction, The Magazine of Fantasy & Science Fiction, Tor.com,
Lightspeed, Tin House, ZYZZYVA, and several anthologies. Her novelette
“Six Months, Three Days” won a Hugo award.