You are here: Home / Archives / Featured / Spotlight On! Wordgathering

To spotlight this featured journal is to recognize the power within small and intentional writing workshops. It is to celebrate collaboration and the potentiality for building community-based platforms that amplify voices of those most often pushed into the periphery. Wordgathering, a non-profit, online, quarterly magazine, has claimed its space on the web for promoting, curating, and developing the genre of disability literature and poetics. Wordgathering, as its namesake implies, is a steadfast practice of inclusivity, accessibility, and conversation; of gathering disparate language forms to create action out of dialogue.

Now in its ninth year of publishing, the journal began as a thought balloon in the conversations of the Inglis House Poetry Workshop. A decade before the founding of Wordgathering, editor-in-chief Mike Northen arrived at the Inglis House where, as Northen describes in his essay “Unsung Forerunners,” “a small group of residents, spearheaded by Dana Hirsch, approached me and asked if I could resurrect a group for poets that had been many years dormant.” As the workshop group grew, so did their efforts to bring exposure to writers with disabilities. Northen’s writes that the group’s “poetic haberdashery pre-figured much of what I see coming to me today as editor of Wordgathering.” With a purpose of building community and expanding the presence of disability poetry, the workshop published several chapbooks and then the journal, which provided a wider platform for the writers of the original group and bolstered support for writers they had yet to know. These efforts culminated in the Spring 2007 release of Wordgathering’s first issue.

Throughout the journal’s growth, always at its core is an editorial effort to explore the “different modes by which disability shapes or influences writing in terms of form and content,” said Associate Poetry Editor, Sheila Black. What began as a journal dedicated to poetry and poetry reviews on disability, now is a gathering of multiple genres including essays, fiction, drama, art, interviews, reviews, poetry with accompanying audio recordings for those with limited hearing, and excerpts from forthcoming books. Wordgathering brings to the forefront writing which deconstructs a socially manipulated understanding of disabled bodies and provides the theoretical grounding representing how, with such stealth, the medical gaze has dominated understandings of “valuable” bodies in literature and society. In feminist theory, we know of this tactic as the male gaze, which sets to objectify the feminine form and limits women’s and feminine bodies’ agency. The medical gaze works in similar dehumanizing ways. The journal, in addition to providing space for the talents of writers with disabilities and those writing on disability, acts as a type of forum “countering stereotypes about disability [while] creat[ing] alternate language and forms of expression,” says Northen.

After an AWP panel on disability poetics, Sheila Black, Jennifer Bartlett, and Mike Northen were asked by an audience member what book recommendations they had for someone new to disability poetics. Black recollects how “eerie it was that we knew at once there wasn’t one we could recommend” and so forming a coalition, they figured out how to make the book they would recommend. From Inglis House, to Wordgathering, to a panel on disability poetics, the phenomenal and first-of-its-kind anthology, Beauty is a Verb: The New Poetry of Disability (BIAV) came into fruition through this pattern of observation, inquiry, conversation, action. BIAV co-editors Barlett, Black, and Northen, are skilled practitioners of fueling the impact of their words, conversation around disability, and disability studies into community movement. They have focused on art to create spaces and opportunities which reorient how we see and imagine our connections with others. This new orientation is always propelled into doing. As Bartlett writes in “Disability and Poetry: An Exchange,” a roundtable discussion published on Poetry Foundation, “ I think the onus needs to be put on editors; if they want to strive for a balanced representation, they need to go make one. This is what Michael Northen, Sheila Black, and I did for Beauty Is a Verb. We looked for representation; we didn’t wait for it to come to us. We are editors: that is our job.”

Norhtern further complicates Bartlett’s point by asking editors of other journals to be accountable by ensuring inclusive practices in their own journal: “One of the things that editors can do to alert writers with disabilities to the fact that their periodical is open to this work is to run a special issue that features the work of writers with disabilities. Sheila, Jen Bartlett and I have an article in Tikkun that was set up in this way.” He goes on to say, “I know a publisher risks charges of tokenism by doing this, but if they are serious about diversity, they need to risk it.” Being serious, in part, means reaching out and being transparent about your intentions. Build the bridge and make sure the bridge is accessible. While this might seem obvious to some, those who invite speakers with disabilities to their events must also be willing and prepared to provide accessible accommodations for their guests.

Accessibility is a hallmark of their intention. Wordgathering is comprised of a small staff who live throughout the country. Northen writes, “Other than me, all of our editors have disabilities” and some editors use programs like Dragon to edit and update work on the web. While curating pieces for publication, Black says their main goal is to “honor the diversity and outsiderness of disability writing while presenting strong, exciting aesthetic standards.” Through these efforts, Wordgathering brings together writers and writings from around the world, emerging and established, all writing from varied perspectives on disability, both visible and invisible. Yet, “Ironically,” Northen says, “inclusivity for us, means doing less.” This is a crucial note for all editors working online and invested in multiple ways of making their own web-based journals more accessible: “many bells and whistles on a website make it less accessible for most people with disabilities. [Bells and whistles] are difficult for people using screen readers to follow, and they make it difficult for people with alternative forms of input (for example, someone using a Johnston switch, which scans and adds only one letter at a time) to access. We also do not use PDF files because they cannot be read by screen readers, and for images we provide alternate text.” Multiple readable and viewable options can only diversify and broaden your audience base.

Within the last year the journal has expanded to include two new exciting features that are particularly engaging and thought-provoking. “The Reading Loop” “is edited by someone who is not a member of our regular staff and who has connections to communities of writers other than ours,” says Black. Continuing, the “Loop” “functions as a kind of mini magazine within Wordgathering, wherein different writers have an opportunity through curating the loop to lay out their aesthetic vis-a-vis poetry or writing and disability. The “Loop” is thus a way to be inclusive, but also focused and rigorous, which feels important to me as an editor—to be diverse without being amorphous.” The September 2014 issue saw the launch of “Responses,” which fulfills “one of the most important tasks of the journal, as the editors see it, [being] the re-examination of the work of writers of the past who had disabilities and the examination of representation of disability in literature,” notes the introduction. “Responses” is an open call to writers with disabilities to respond to representations of disability in canonical literature. The first feature “invited writers who have written about their own experience with blindness or non-typical vision to respond to John Milton’s “Sonnet XVI”.” With such success with the first feature, and in time for the holidays, December’s “Responses” edited by Ana Garza G’z and Adam Pottle was dedicated to  A Christmas Carol titled, “DECONSTRUCTING PITY: DICKENS’S TINY TIM AND THE SYMBOLISM OF CHRISTMAS.”

Over and over, everyone I have spoken to from Wordgathering makes clear the point that while the journal serves as a home for writers with disabilities and writings on disability, Wordgathering is also present to support and contribute to the work of other organizations doing similar work. Northen says, “It is about connection, not competition. One of the problems for talented writers with disabilities, especially those not in the academy, is that they have very limited options when it comes to publications who are actually looking for their work.” So, dear readers, please know about and check out other disabilities focused journals like Pentimento, Breath and Shadow, and Kaleidoscope.

Those involved with Wordgathering, from the editors to contributors, ask a lot of questions on how else the world can look and feel and be experienced. These questions are universes, and the journal’s ability to continue and complicate conversation is the uncompromising response.

As Black says about compiling BIAV (but also easily applies to the curation of Wordgathering), “what made the book was amateur love—just that sheer love and interest for a way of looking at poetry, the world” and “a political will—we all felt very strongly that the lives and interests and imaginations of people with disabilities, the world of disability had never been adequately conveyed or dealt with; that we were a silenced group.” Nothing about us, without us.

If you are interested in submitting to Wordgatheirng, follow this link for guidelines and tips before sending your work. They are particularly interested in reading reviews on recent work investigating the intersection of feminism and disability. Expanding feminist conversations to include disability studies, theory, and writing amplifies conversation on and around the treatment of sexualized bodies. As Northen notes, “many women with disabilities are not even being perceived as women or sexual at all.” To be intentional for fighting for equality means making conversations more inclusive, connecting us all more deeply, and interrogating what we perceive we know. As an additional gesture of continuing dialogue, Northen offers Harilyn Rousso’s memoir Don’t Call Me Inspirational as an opportunity to gather our own words and set to action.

Spotlight On! is VIDA’s feature celebrating literary publications that publish exemplary work and include within their pages a diverse representation of writers. As part of the larger conversation committed to diversity in literature, we are excited to bring you journals and magazines with a lively mix of perspectives so you can celebrate them too. 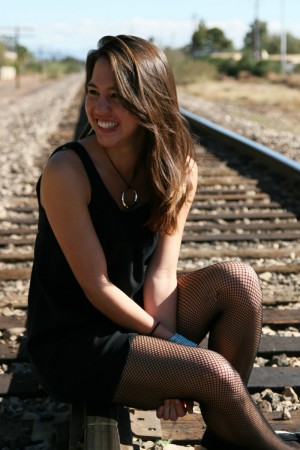 Sheila McMullin is Assistant Editor for VIDA: Women in Literary Arts. She is Managing Editor and Poetry Editor for ROAR Magazine, as well as Communications and Outreach Coordinator for District Lit. She works as an after-school creative writing and college prep instructor and volunteers at her local animal rescue. She holds her M.F.A. from George Mason University. Find her, along with her publications and awards, online at her feminist and resource website: MoonSpitPoetry.com. Follow her on Twitter @smcmulli.