You are here: Home / Archives / Featured / Spotlight On! Weave Magazine

Welcome back to Spotlight On!, VIDA’s feature celebrating literary publications that publish exemplary work and include within their pages a diverse representation of writers. As part of the larger conversation committed to diversity in literature, we are excited to bring you journals and magazines with a lively mix of perspectives so you can celebrate them too. 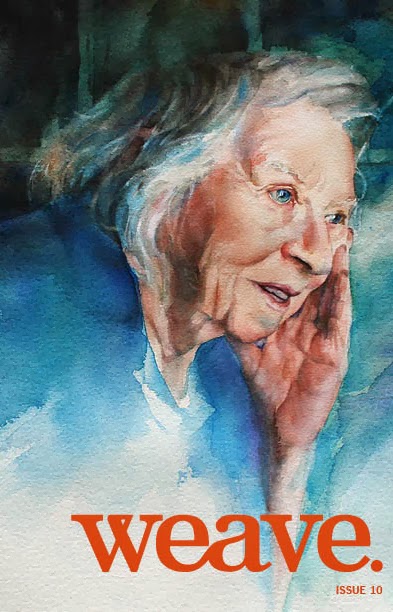 Now in its sixth year with a tenth issue in print, I am excited to spotlight Weave Magazine’s consistent dedication to diversification in literary publishing. An ardent, self-identifying feminist magazine, Weave continues to be an example among its publishing peers for transparency, effort of engagement, and activism. Publishing writers from all walks, artistic intentions, and genres, Weave’s mission statement hinges on a commitment to diversity: “Weave Magazine is a bicoastal literary organization and print publication. We seek to create a space for a cross-section of writers and artists to meet on the page, on the stage, and in workshop. We celebrate diversity in both the creator and their works and strive to showcase both novice and established writers and artists.”

Over the years, Weave’s editorial board has held themselves accountable by conducting their own VIDA-style count on a regular basis and making those numbers public. In doing so, they have encouraged dialogue about their findings and where they would like to head next.

In 2011 they shared the results of the gender breakdown tally from their first five issues. That first count showed they were publishing 55%-82% female-identifying writers. With the release, the magazine used these numbers to think not only about gender identification, but sexual identification as well. In this post discussing the findings they note, “What about trans-writers? What about gender-queer writers? Where do they fit among these statistics? I don’t have answers. It would be difficult to track as well, since people would have to volunteer personal information. I know we have a solid number of lesbian, gay and bisexual contributors.” Since then, according to another post, “Weave Magazine Counts,” Weave circulated an internal survey for their contributors to voluntarily answer questions 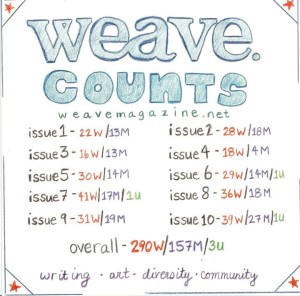 about their personal background to “gain a better understanding of whose stories are being told, as well as whose aren’t.” They reported that “(n)on-heterosexual writers are strongly represented with more than a third of our contributors in our first seven issues identifying as asexual, bisexual, gay, homosexual, lesbian, and/or queer.” Available now is an awesome infographic showing the gender breakdown tallies from all of their issues. Feeling like they have been moving in a good direction, but still with work to do, Weave encourages “submissions from writers of color, writers with disabilities, writers without higher education, emerging writers, imprisoned writers, as well as English translations of international writers.”

Laura E. Davis (outside of her official duties as Weave’s Editor-in-Chief) is a champion for transparent literary publishing practices and calls to action. Oftentimes when the VIDA pie chart numbers are brought up, like an echo there will be discussion of whether or not women actually submit to journals with as much frequency as men in an attempt to justify why men tend to be published in major magazines more often than women. You can read more thoughts and opinions on this in Danielle Pafunda’s piece “Why the Submission Numbers Don’t Count” and in this interview with Count Director Jen Fitzgerald, conducted by Count Coordinator Sarah Marcus. Either way, in response, Davis in 2012 started the group Submission Bombers with the intention “to submit our writing collectively to markets seeking to hear from more diverse voices.” In an interview with The Review Review Davis writes,“if editors claimed that female-identified writers weren’t submitting, then we should hold up our end of the bargain.”

In an effort to address concerns of underrepresented perspectives and provide opportunity to game plan solutions, Davis hosted a panel at AWP 2014 titled,“Peripheral Visionaries: Taking Action to Cultivate Literary Diversity” featuring Jen Fitzgerald, Rob Spillman, Ross Gay, Monica Carter. When I asked about the experience, Davis wrote, “One of the most helpful strategies that came from the panel was the idea of connecting editors with writing advocacy groups like Cave Canem, Kundiman, and Lambda Literary. Why not go directly to the writers you aren’t hearing from?” She went on to say, “I’m always thinking about ways to be more inclusive–sometimes that involves soliciting particular writers, or advertising/sharing a call for submissions with a particular audience through organizations or other publications. We also want to be inclusive in terms of aesthetic, style, themes, genres. Part of this is done by having diverse staff as well. It’s something that constantly evolves.” I have learned this to be the recurring theme of Weave–a firm belief in the inherent value of every single one of our voices, a dedication to expand their own understandings of the world, and an active, curious approach to engage with the vast range of diverse voices in our communities.

You can find out more about Weave Magazine by visiting their website at www.weavemagazine.net where they also publish book reviews on a rolling basis. While you are there read writing samples from past Weave issues, purchase a copy or subscription, and consider submitting yourself!

*Infographic note: *U = Unspecified and/or neither female nor male (didn’t want to use “O” for “other” for a bunch of reasons) 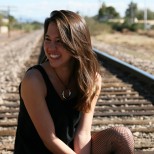 Sheila McMullin runs the feminist and artist resource website, Moon Spit Poetry, where her publications can also be found. She is Contributing Editor of poetry and the blog for ROAR Magazine. Her chapbook, Like Water, was a finalist for the Ahsahta Press and New Delta Review chapbook competitions, as well as a semifinalist in the Black Lawrence Press chapbook competition. She works as an after-school creative writing and college prep instructor, as well as volunteers at her local animal rescue. She holds her M.F.A. from George Mason University.