Black Napkin Press is “committed to disrupting the heteronormative white-cis-male-centric publishing industry by publishing and promoting the work of artists from across the spectrum of cultures, races, religions, ethnicities, and gender/sexual identities.”  This is quite a mission statement, and considering the state of things at the moment –it’s just what we need.  It’s just what we’ve been needing. By we, I don’t want to imply only artists, but all of those who are ready for radical, protest art that speaks to the here and now and proposes to make the world a better place, one publication/action at a time. We’ve got to start somewhere. Black Napkin Press has recognized the gaps and is fulfilling a cry from various public sectors. It’s not just about LGBTIA+ or POC, it’s about being human. Black Napkin Press not only publishes all-inclusively and with intersectional goals, it engages the community, spawning humanness and humanity. There is a “three fold system approach to promotion in the form of an online poetry journal, a print chapbook series, and live poetry performances” which means Black Napkin Press reaches trifecta status, thus becoming a holy trinity unto itself and others. This is a type of religion worth following; it’s spirituality as poems, press, and persons.

I had the pleasure of connecting with Torrin greathouse, Editor-in-Chief, and Nicole Connolly, Managing Editor; they were kind enough to answer some questions that highlight the small press market and uncover what is at the very core of Black Napkin Press. Their responses are as layered and enchanting as the poems they publish. Do not let their freshness fool you, the energy behind Black Napkin Press is as ancient as the pillars that hold up any arthouse or space. While the virtual world might not have a distinct threshold, it’s clear this group of pioneers have broken through to the beyond and don’t intend on stop. Long live the Black Napkin on all of our tables. 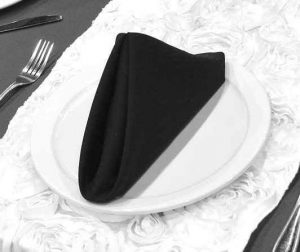 What, if any, are/were some struggles in creating Black Napkin Press?

torrin greathouse: In some ways, the president and co-founder Matt Rouse and I went into creating Black Napkin Press with very little idea what we were doing. I think most DIY outfits start this way. Establishing ourselves as a publication worthy of peoples’ work was, and is an ongoing, struggle. But over the last year we have had some amazing poets grace us with their work, and we hope the quality of work we publish continues to draw in these incredible voices. Beyond that, I think the eternal struggle of independent literary magazines is funding, making enough money to stay afloat without exploiting the labor of the artists we exist to support.

Nicole Connolly: torrin, Matt, and I all have different poetic sensibilities and have had different life paths through this nearly infinite enchanted wilderness that is the poetic realm. We certainly butt heads on our decisions, whether it’s the work we want to publish or the events we want to host and how we want to host them. However, this (combined with the fact that we all live very different lives) really sharpens our ideas and the way we run this press. We will never settle into a pattern of doing something just because it’s the way we’ve been doing it that way or it’s the comfortable option. We have to justify our ideas to each other, which makes our ideas easier to justify to others, which I think has played a big part in us getting this community spotlighting and support that I couldn’t have fathomed us getting so quickly when I first joined the team.

TG: We have been lucky enough to have a lot of support and advice from the literary community. Getting to talk to the founders of larger presses that rose up from DIY roots is a big part of why we are here today. If I had to pick three, I would say that Raindog Armstrong from Lummox Press, Caseyrenée Lopez from Damaged Goods Press, and Bryan Borland from Sibling Rivalry Press have been our biggest inspirations.

What could the market do better for LGBQTIA+ publications?

I feel like you’re totally changing the market, could you talk more about that, please?

TG: I think that the market is definitely changing, but we aren’t doing it alone. In the last five years or so there has been a major movement toward diversifying publication, creating opportunities for POC, LGBTQIA+ folx, indigenous writers, and people with disabilities. Missions like the Undocupoets Campaign started to break down the structural barriers keeping marginalized folx out of print.

NC: Black Napkin Press wants to contribute to a growing deconstruction of the white-able-bodied-cis-heteronormative poetry industry, both in the work we choose to showcase and the way we run our press. Alongside publishing diverse voices, we’re trying to contribute to a sense of community between poets and publishers. This traditional model of the solitary writer too genius to be truly understood is not helpful for poets who, because of their identities, will face greater obstacles than their peers seeking publication, graduate school spots, or coveted teaching jobs. Instead of contributing to the sense of competition between individual poets or trying to directly compete with other publications, we want to work together so that everyone is better off. For this reason, we think it’s also important to highlight other publications that feel the same way, so we maintain a diverse literature showcase on our site. Besides, in a world where the NEA and NEH may be dismantled, and those coveted teaching jobs are beginning to disappear, do we want to waste our energy on in-fighting? 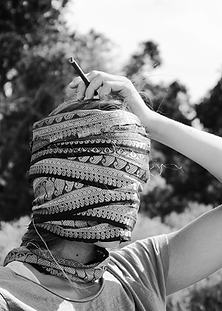 How do you see Black Napkin Press growing or transforming in the future?

NC: While Black Napkin Press has always, and will continue to, publish international poets on the merit of their work, we are also deepening our connections to the local community and to the poets we publish. We don’t want to publish books and then leave our poets alone to promote them. We’re investing in finding venues for our poets to read and table their work, and offering advice that can help them be successful. I get the sense from more established publication venues that the idea of community is being “discovered,” but spoken word artists have been building their communities for years, and we want to keep our own communities vibrant and textured with readings, events, and workshops.

When one finishes reading work from Black Napkin Press, what would you like that human to walk away with?

TG: Our last issue opened with a poem by Jo Gehringer titled “Every Poem is a Protest Poem,” and I’ve been thinking about that statement a lot. For most of the poets we publish (and most of our staff as well) writing at all is a protest, believing that our stories matter enough to be told is a protest.

NC: We would also like to keep dismantling this idea that “timeless” or apolitical poetry is somehow more artistically valuable than contemporary, political poetry. For people from marginalized communities, existence is a political act, and capturing that (rather than erasing it) in a poem is valuable. By showcasing work that is beautiful, meaningful, and of the now, we hope to change readers’ minds about political art as low art.

Any projects or events we should know about?

TG: We are actually really excited to be releasing our first collection A Dollhouse Built on Brimstone by Lucas Daliah Galvin. Lucas is a poet we first published in the second issue of our online lit mag The Black Napkin, and Matt Rouse (the President of Black Napkin Press) and I just fell in love. After a lot of debating over whether we were ready to take on the project, Matt and I agreed that their work was too good to pass up. We weren’t disappointed. A Dollhouse Built on Brimstone is a clever, visceral, and ultimately triumphant collection of poems entrenched in the intersection of nonbinary identity, religious guilt, and childhood trauma.

NC: I think what excites me most about A Dollhouse Built on Brimstone is how it exists in this intersection of poetic threading and totally accessible language. I’m looking forward to featuring the book at a literary festival in Santa Ana, Boca de Oro, and challenging the preconceptions some attendees might have about poetry based on all the Robert Frost they had to read in high school. As we continue to publish books, with a chapbook contest debuting this year, we want to keep challenging those preconceptions about poetry itself, and those preconceptions readers may have about the marginalized identities we want to showcase.

Can you tell me a little more about the origin of your name?

TG: Our press’ name is drawn from one of Matt Rouse’s poems “The Final Word.” There’s this section of the poem: “This is the poem / that was too big for only / one of us to write, / the one that at this moment does not have an ending. / This is the poem we wrote / on black ink / on a black napkin.” The poem is about a night in a bar called the Little Sparrow, sitting and writing an exquisite corpse on a black cocktail napkin, but it became something more. In a way, these lines have become our unspoken mission statement. Black Napkin Press is about creating a poem, made from all of our stories, a poem that will never end, because we will keep speaking it. That poem, in black ink, on a black napkin, is a reminder. Your poems, your voices, they matter—even when they are invisible. 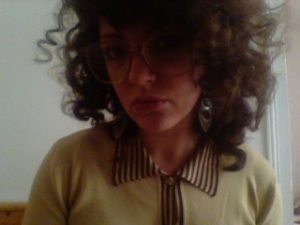 Jacklyn Janeksela, MFA, is a freelance writer & a poet.  Her online self, aka that writing life, can be found here.  She works for Culture Designers, Thrillist, Honey Colony, among others; her poetry is tangled on the inter-webs.  Her herbal alchemy meets astrology creative business can be found @ Hermetic Hare . She explores self through poetry, planets, & photography @ female filet.