Report from the Field: Let’s Shake the One

We’ve recently wrapped our third annual e-chapbook contest and after an intense editorial and production process, are about to launch the poetry and fiction manuscripts that were chosen. This is the second year we’ve worked with Newark Academy and twelve of their upper-school students, who operated as our guest staff, choosing and producing the chaps. They kicked ass – they read and treated professional manuscripts with respect, they worked alongside one another sans high school melodrama, they were critical and incisive in the voting process, listening and sharing ideas, they created thoughtful and straight up gorgeous artwork, they chose writing that made them feel something.

In April, 2012, I co-founded an online literary project called Five Quarterly with fellow writer and dear friend, Crissy Van Meter. She was about to graduate from The New School with a Fiction MFA. I was an out-of-commission, hadn’t-written-a-thing-since CUNY Brooklyn College Poetry MFA grad. What we didn’t know much about it: founding a lit mag. What we did know: though we were not in the inner circles, we were still a part of the beloved but, in many ways, oligarchic MFA; and we were broke women – and in my case, of color – between jobs, frustrated with the system. As far as translating this into a literary publication, we knew pretty immediately that we wanted to put out something as an alternative to what was already there. We wanted to devise a publishing model that would celebrate and make more visible cooperative working, sharing with a wide range of others the responsibility of putting out a cultural product. We wanted to offer an opportunity to participate in something one might normally not participate in, particularly if not in the lit world but still a reader or wanting to try a new creative experience. We were interested in the usual suspects as well as the unusual suspects. No matter the final product, at the end of the day, we were interested in the process: in being part of something collaborative, something democratic.

Capitalism is putting up quite the fight. It’s been a master of reinvention for hundreds of years, but its “laws of motion” are catching up with it. For a poem I was working on recently for my first full-length manuscript, I read some leftist critiques on the transition from feudalism to capitalism in England in the 16th century. I had had intuitions about how that went down – my father is a political economist and talks a lot about it – but the more things get worse, the more I want to know why exactly they are getting worse and from where the worse is coming. Like the details – that the abolition of serfdom was, ironically, a prerequisite of wage labor and exploitation, or that capitalist class relations arose not coincidentally but out of the particular dynamics of the English countryside. I was raised by radical leftist parents, so growing up it was their version of prayer to critique bourgeois economics, to operate out of a class paradigm, to always consider other options to the capitalist version of individualism. My parents met in 1971, at the City College of New York, aka the “Harvard of the Proletariat,” which was originally founded as the Free Academy of the City of New York in 1847 by the wealthy Townsend Harris, who declared, “Open the doors to all… Let the children of the rich and the poor take their seats together and know of no distinction save that of industry, good conduct and intellect.” My parents were working-class folks and still are. My mother grew up in the projects in East New York with her Colombian parents and my father came to Crown Heights with his family from Belize when he was a teenager. They existed earnestly in a world that seemed as close as it could ever be to revolution. They burned buildings instead of going to class, they protested against Vietnam and for equal rights and free education, they attended Marxist study groups together. Capitalism was a dying animal and they were working actively to see that it passed. It hasn’t, not yet, but I have to believe that something else is being generated, now, dialectically, scientifically, in response to its specifically exploitative and oppressive dynamics.

Five is a fairly arbitrary number. Logistically, we thought it seemed doable as far as the number of poems and the number of stories we’d publish per quarter. And the number of guest editors we’d work with every season who would actually vote on the pieces to be published. There’s no flourish in five. It is what it is. The juxtaposition of five and quarterly didn’t sound bad either. Five isn’t one. Five is more than. But it’s also not much. We have so long to go. Of course we are proud that, to date, 35 of the sixty issue editors and ten of this year’s twelve contest editors have identified as female. Of course we’ve been thrilled to have folks like Patty Dann (author of our teen fav, Mermaids), Rider Strong (another teen fav), Frank Sautner (native New Yorker and card-carrying member of the Steamfitters Union), Sarah Harris (a single mom, raising two kids), Kima Jones (poet, writer, publicist), and all of the 55 others who have shared in our ideology. Of course we dig the idea that we pass the baton every quarter to a new group of people, with new histories, new resources, new networks, new voices and predilections. We are so proud of our growing family, our issues and chapbooks and work on our blog. We have tried, in our small way, to work against the mythology we are met with everyday – one major, one job, one profession, one partner, one heroine, one CEO, one EIC – by working with a diverse team of people to create one issue, to get at the idea that cooperation underlies so much of what we do in this life. In democratizing our format, we are refuting the undemocratic heart of capitalism. 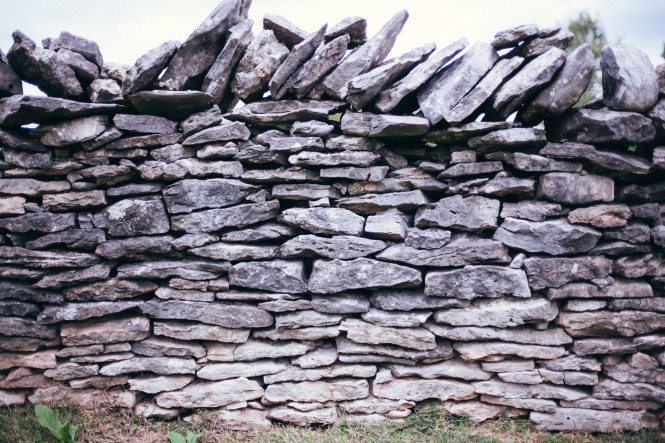 We’re still caught up though, still coming to consciousness. We want to pay people and ourselves for our contributions. We want to work on the mechanism so that the editors, in turn, attract a more diverse pool of writers. We have logistical things to work out in working with disparate people and having them communicate with each other so that this all not only sounds good but also works well. Though we try to put some of the work that doesn’t make the issues on our blog, we send rejections to fellow writers. As mentioned above, we haven’t quite gotten away from the trappings of capitalism, haven’t consistently thought about alternative ways of doing. We are still agents of the system by reproducing it, still supporting a system that frankly needs zero help. And the list goes on. In another world, things would be different. But it’s this world, and I know I have to be realistic but I’m struggling a bit. Until another world is conceived, what do you do to survive? How do you stay sane when you are aware of the walls around you? Why do we feel the need to create smaller hierarchies in our off hours to battle the bigger hierarchies we hate?

The Basque Country, the mountains, Spain: home of The Mondragon Cooperative Corporation. Mondragon is the world’s biggest worker’s cooperative federation. It has worked to democratize the workplace, the place where we spend the majority of our day, since 1956. It boasts 100,000 workers who own, operate, and make decisions, 15-20,000 employees, 43.7% of which are women. They have schools, a university, a bank, a chain of supermarkets, tech labs, industry. These are the people who decide whether they move, to where, how to produce, the machinery used, the future of their enterprise. In the majority of enterprises, the highest paid person is not allowed to get more than 4.5 times what the lowest paid person does. There are some exceptions where the gap is allowed to go to 6.5%. In the U.S. the highest paid person makes more than 300-400 times what the lowest paid person makes. It’s also not without criticism. Though women fare somewhat better socioeconomically, Mondragon hasn’t figured out complete gender equality. They don’t know quite how to solve the problem of their 15,000-20,000 non-member employees. But it is an alternative to shareholders calling the shots. I would like to visit, see the art it produces, the culture.

And I think that’s a start. 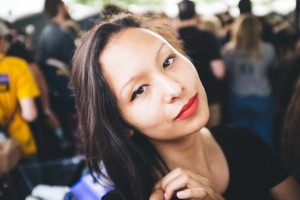 VANESSA JIMENEZ GABB is the author of the chapbooks midnight blue (Porkbelly Press, 2015) and Weekend Poems (dancing girl press, 2014). She is the co-founder of Five Quarterly. She is from and lives in Brooklyn.