Report from the Field: Poetry in Late Capitalism

When I first moved to San Francisco, I went to a Chinese restaurant on Kearny Street. The restaurant was very small—with only about ten tables—and a line snaked up the block. A friend had recommended it, in fact had insisted I go, and warned me I might have to sit with a stranger—they didn’t waste any chairs there.

I waited in line as the sky grew dark and the street grew bright, coming up with excuses to leave the entire time. I’m not sure if it was the smell of the food, my growing hunger, or my loneliness in the new city that kept me shuffling along until a waitress shoved me through the door and into a seat across from a middle-aged guy who looked like a hundred other middle-aged guys I’d seen that day.

While we waited for our food the guy told me he owned factories in Indonesia that made furniture and then politely asked what I did. I could tell from his tone he was just killing time but this question is always difficult for me. Since I was there on a writing fellowship, I didn’t have the “beard” of a regular job to hide behind. “I write,” I muttered, trying to focus on the food that had just arrived in order to avoid seeing his disdain. But there was no disdain; he asked, with genuine interest in his voice for the first time, what I wrote. “Poetry,” I admitted, afraid where this might lead but hoping this would end the conversation. He acted as if I’d revealed some superpower and told me how he used to write, how he used to be creative. The nostalgia in his voice was shocking to me, though I tried hard not to show it.

We ended up talking for a couple of hours. After we were hustled out of the restaurant, we walked past City Lights Books and up to a tourist spot in North Beach where the stranger bought me a tiramisu. The tiramisu and his interest were delicious on that busy street in a city where I didn’t yet belong and feared I never really would.

I never saw that man again, but think of him sometimes, and wonder if he ever found room for creativity again in his life. I think of the surly nun in Don Delillo’s White Noise, who says, “The nonbelievers need the believers. They are desperate to have someone believe.” 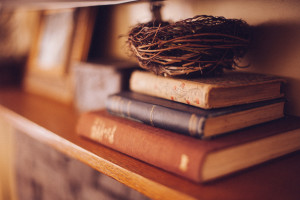 Nuns keep the freedom to believe alive for non-believers. Poets, artists of all kinds really, keep the possibility of creativity alive for businessmen, for anyone whose life has squeezed out that old freedom, which is nearly everyone it seems. Specifically, poets keep alive the freedom to fully inhabit language, to create with words, to play with them rather than simply use them.

There is a disconnect between Americans and poetry. The man walked right past City Lights, with its stunning collection of poetry and its dizzying history of poetry probably dozens if not hundreds of times. The poems sat mute in those pages, unable to help him. He had to rely on chance to sit him across from a poet to bring poetry back into his life at all.

I think poetry is particularly appealing as a poster child for creativity because of its relationship to capitalism, or perhaps more accurately its lack of relationship. A poet is unlikely to create a poem as a marketable commodity that will pay the poet anything resembling a living wage. Our business model is a joke. Even if you factor in grants and teaching, none of it makes sense financially except for a lucky few.

Poetry, in fact, is an incredibly, heartbreakingly, absurdly inefficient delivery system of support for its creator, with some of its best practitioners dying in obscurity and poverty. As with other forms of writing, it is a lottery system, and we all know lotteries are for people who can’t do math. But with most other forms of writing, the pot is significantly higher (see the recent spate of seven-figure advances for novelists). Poets might get a book prize ($1000 most times, sometimes more but never exceeding $10,000) but a royalty check for a book of poetry, even one well-received with national media attention, is unlikely to buy you more than a decent dinner out for a year’s worth of sales.

We can continue to lament these two facts—that the average American is more disconnected from poetry than ever, despite a flood of published works, and the poet writing now is reliant on a system for support that only delivers, at best, 10% of the meager sales that might be generated (in reality, the poet usually loses money through paying to travel to readings and other associated costs). But the most effective way is to address these issues simultaneously. We can’t solve these problems by putting more books on the shelves, or providing more prizes (creating additional lotteries for poets). We have to democratize the patronage of poetry and we have an unprecedented opportunity to do so. Because of our primarily insular lives in America, the majority of Americans are unlikely to meet a poet face to face, despite the heroic efforts of numerous poets laureate around the country.

As the Internet has unleashed a tsunami of the written word, providing more venues than ever for poets to publish, it has also developed, almost in secret, a method for us to change the culture of poetry. We have the opportunity to shift from an inefficient, product-based model to a diversified, open, relationship-based model.

Capitalism has typically been an unkind system for women. The labor of women is repeatedly undervalued and poetry is seen as perhaps the most feminine of the writing arts. We can (and should) keep pushing to have women’s work recognized and accurately valued. But shouldn’t we also, as Ursula K. Le Guin suggested in her acceptance speech for Lifetime Achievement Award from the National Book Awards, imagine a system beyond capitalism, one that truly nurtures and connects poets to people? And why shouldn’t poetry be the place this system originates? And why shouldn’t women, who have the least to gain from maintenance of the status quo, be the leaders of that change?

There has been a small flurry of experimentation going on for funding the printing, shipping, and marketing of books. Most often these efforts are directed at supporting the publishers directly and writers more indirectly. Back in 2011, BlazeVOX, after losing its financial supports, experimented with having authors contribute $250 toward the $2000 they estimated it cost them to produce a book. Of course, it is common now for independent and university presses to hold contests, in effect crowdsourcing the costs of the book to hopeful poets. There has even been further experimentation within this, such as Sarabande having submitters provide proof that they have recently bought a Sarabande title. A few years ago, Flatmancrooked used Kickstarter campaigns to fund each title. These are all worthwhile experiments to fund publishing poetry, but very little money is reaching the poet herself (in fact, she often ends up feeling like she is part of some elaborate and extremely demoralizing pyramid scheme). We need a different system.

This system can’t be created by me or even by a large institution. It will be created by each of us claiming the freedom to connect with and support each other outside of capitalism’s sanctioned means. One possible method is via a payment system called Dwolla (dwolla.com). Any transactions handled by Dwolla of $10 or less have no fee attached, transactions over $10 only carry a 25 cent fee (that’s right, 25 cents). Any poet can create a free account and anyone with an account can send that poet whatever amount she wishes to, for whatever reason. There is no barrier to sending a poet you admire $4 or $5 for that poem you read at your wedding, or that helped you through a breakup, or that made you decide maybe you too could be a poet.

You bought the book (maybe, maybe you checked it out of the library or found the poem online) but the dollar or two that this might have generated from that sale are long gone. But even if you can’t or don’t want to send her a payment, you can send a few words of appreciation. The encouragement this generates is, to borrow a phrase, priceless.

I’m not suggesting that we stop buying books, stop supporting bookstores and publishers. I think everyone should think long and hard about which presses and stores you want future generations to have access to, and spend your money there (for the love of all that is holy). But can we really afford to continue to behave as if that’s the only way to support poets, or that rich people and corporations should decide for us which poets to support?

It’s time to acknowledge that we’re all at the table together. Capitalism will never provide the answers we need—it is incapable of it. But the answer is here, it’s waiting. It’s getting late, and we’re all hungry. Here’s your chair. 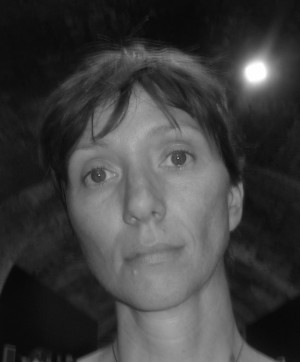 RITA MAE REESE is the author of The Alphabet Conspiracy and a recipient of numerous awards, including a Rona Jaffe Foundation Writers’ Award, a Stegner fellowship, a “Discovery”/The Nation award, and a Pamaunok Poetry Prize. Her most recent book, The Book of Hulga, won the Felix Pollak Prize and will be published by the University of Wisconsin Press in 2016. Visit her at ritamaereese.com.