Report from the Field: My Body Is Not Your Receptacle

It was less than a month ago that B O D Y literary journal came under fire via social media for apparent misogyny. In short, editorial comments about a young woman writer—including about her face—were accidentally forwarded to her. My initial impression—and to my mind, the overwhelming consensus, at least on the social media discussions I’ve closely followed regarding this—is that this was clearly a case of not only unprofessionalism, but blatant sexism. Out of this discussion, it became clear that this particular young writer is not the only one who has experienced this type of objectification from this journal. On a larger scale, the number of women writers who felt they had been judged by their physical appearance rather than the quality of their work (through various journals/ by various editors) is deeply unsettling.

Some more charitable voices wanted to say that perhaps this editor at B O D Y was simply letting off steam, because after all, isn’t editing a journal a nonpaying and thankless and tiresome job, and haven’t we all felt like complaining about submissions from time to time…? Or they wanted to say—to paraphrase one (not popular) defense—that this journal has published this one poem that is quite the feminist poem, so therefore they deserve some grace.

I didn’t get much involved in this other than to express my support for the fifteen-year-old writer who fought back against her objectification by this journal, and to decide that I would certainly not be submitting my writing to B O D Y.

And yet. Here it is less than a month later, and I am involved. I am involved because my body is involved. Because when I saw B O D Y’s Facebook post this morning, I got so worked up that tremors took over my fingers. I’m still a bit shaky as I write, even though it has been three hours since I saw this: 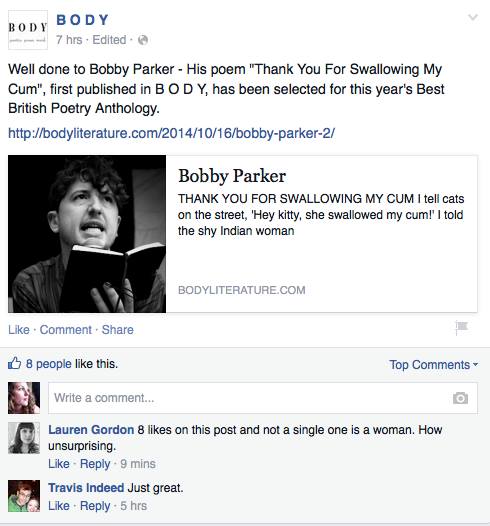 Now, you might expect that a poem that is ostensibly about a sex act involves two people. But there is one person here. There is one whole person and that person is a man. And then there is one sexually gratifying mouth.

Regretfully, I read this poem several times. Why? I am a meticulous and sharp reader. But… “best of?” “Highest quality work?” What am I missing here? Despite my initial negative reaction at the shock-jock/ clickbait quality of the title, I decided to read this poem because I know that a good poem can surprise us. It can subvert our expectations. It can challenge us. I’d hoped this poem was going to challenge me. I’d hoped it would redeem this journal for its prior act of sexism. I’d hoped it would show that the editor(s) took the opportunity to grow from that experience.

Sadly, I can find very little, if anything, that is subversive or challenging in this “best of” piece of writing. I do not find surprising word play. I do not find an especially masterful sonic quality. I do not find a unique perspective. I do not find formal complexity. I do not find a fresh voice (quite the opposite). Is there something to this poem besides its surface message that imparts what the editors of B O D Y and this Best British Poetry Anthology consider valuable? 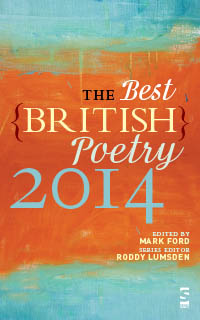 A male writer writes a poem in which he uses a woman as a receptacle, and it makes him feel alive. If anything, this is about as status quo as literature gets.

And editors whose feathers are ruffled by the VIDA Count say, “Well. We just publish the ‘highest quality work’” (indicating that women do not write as well as men), or “Well, women just don’t send to us so oh well.”

After a few hours, this post had received eight “likes.” All were men. One person, a man, thinks that this is “just great.” When women writers look at a literary journal and physically feel their fingers shaking in anger at the intense level of misogyny, it is not a mystery why we are not submitting to that journal.

What do we do? Do we “bomb” journals like this? Overwhelm them with submissions by women writers? Do we unfollow, unfriend, denounce, cut them off? I don’t know. I don’t know. I know that my hands are still shaking. 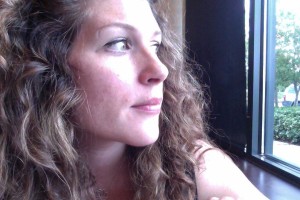 Caroline Klocksiem is the author of a poetry chapbook, “Circumstances of the House and Moon,” (Dancing Girl Press), and her poems are published or forthcoming from such journals as The Iowa Review; Hayden’s Ferry Review; CutBank; The Pinch; BlazeVox; H_NGM_N; Super Arrow; North American Review; and others. She is a Swarthout Award and Massachusetts Cultural Council Fellowship recipient. She teaches at the University of Alabama.