You are here: Home / Archives / Featured / Hobbling the Leader

It’s rare when the disabled writer is invited to teach in a workshop. According to the VIDA Count, it’s rare when a disabled writer is even published. Back in the 80s as a student with a disability in a writing program, I was taught that literary work was concerned only with the “universal” story. The definition of universal included the white-college-educated-able-heterosexual-male story. We were led to conclude that only white men had “objectivity” and the rest of us were biased. Disability could be included in story but only peripherally, and usually to complicate a white, male, able-bodied protagonist’s story. For those reasons, I opted for a career in psychology. Yet, sure as I was born with legs missing from about the knees due to a drug called thalidomide, I could not escape being a writer.

During my first year in a psychology doctoral program, I managed to publish an above-the-fold essay in the Washington Post Outlook section, after which I was introduced on a talk show not as any other young writer, “a promising voice,” but as a “thalidomide baby.” From there the interviewer poured on the usual schlocky “inspirational” language, and then she asked me to describe my sex life. If you are disabled, you will be told directly and indirectly on a frequent basis that your achievements are due to the help of others, or to some inspirational purpose. Or your achievements will be flat out degraded.

Years later, I mustered the hope that attitudes toward disability had changed enough that a gritty memoir on disability might be understood. I had an agent who represented other women who were outsiders: Alice Walker, Rita Mae Brown, and many more. She sold Mermaid to WW Norton and it was published in 2014. That summer, I was invited to teach at a workshop near my hometown, Cincinnati.

On day one of my workshop, I walked into a class of fourteen writers, all memoirists but one. It was impossible to avoid the hostile gaze of a Cincinnati woman, who chose to sit directly opposite me. I immediately recognized both her last name and the problem. She knew my family. But did she know how many years I agonized over whether I could write constructively and honestly about what it was like to grow up in America under a cloud of lies about my disability? In my case, it wasn’t just the thalidomide manufacturers and distributors lying, it was the doctors giving it out, and ultimately it was my family withholding the information I needed to plan my own family, to file a lawsuit, etc. To document this medical catastrophe, I would have to reveal an unsavory aspect of my family history. What was it like to watch nine siblings launch families while I fretted over medical bills that were denied for pre-existing conditions? What was it like to pay taxes and to pay for insurance that denied me artificial limbs due to pre-existing conditions, while wealthy, Republican siblings blasted me about “freeloaders” expecting health care, as if it were a human right?

On the face of things, some would say that my story is too bizarre to be relatable but that’s only a reflection of the person who needs to see it that way. My story has relevance to anyone who has been betrayed and later ostracized for standing up for themselves. That is as universal a story as Hamlet or King Lear.

But the woman in my workshop who glared with disgust walked out on the first day and never returned to my class. In her wake, she left a friend, another memoirist who chose to stay in the class. Unfortunately, the woman who left my workshop lingered at the conference, where she cozied up to the man who led the daily nonfiction lectures: a best-selling author of a biography about a woman almost as famous as Amelia Earhart. This writer made it clear that the only form of nonfiction he considered worthy of discussion included historical nonfiction and biographies. He refused to address memoir. Meanwhile, of the thirty participants taking the nonfiction workshops, twenty-nine were memoirists.

During the conference, I made a lot of friends on the faculty and we supported each other. I greeted this male biographer enthusiastically and bought his book. I attended his lectures so I could weave his discussions on structure, voice, and research into my workshops. I had five days to cover fourteen manuscripts. Within a day or so, the aura of the angry participant had dissipated. Her friend who remained in my class, a columnist, seemed engaged. Everyone was getting along. We established a rhythm that worked. In the meantime, I attended morning lectures, always asking questions that pertained to memoir for the benefit of the memoirists in my workshop. The male instructor answered my questions begrudgingly, his body language and tone underscoring how trivial he found them.

One afternoon my brother and I ran into this biographer in the parking lot. My brother is a college professor and he likes this writer so he asked him why he was so indifferent toward memoir. The biographer explained that he only read scholarly nonfiction, stories based on fact. I explained that many excellent memoirs provide a necessary vehicle for writers, especially female writers, who want to tell stories from life that don’t lend themselves to fiction. I pointed to Angela’s Ashes, and the biographer agreed that this was a good book. (Of course, it was written by a man.) I asked if he’d read Mary Karr’s books or The Glass Castle? The biographer was incensed. “I will never read those books!”

On the penultimate day of the conference, this workshop has a tradition of readings from participants chosen by their instructors or classmates. I had my participants vote on this choice. I thought they would choose the newspaper columnist. Instead they chose a gifted novice, a woman with a great voice, an African American secretary without a college degree. I was thrilled to see that our class had picked up on her exceptional voice. At that, the disgruntled columnist who was not voted in held up a book of grammar. She read to us all for fifteen minutes on the merits of grammar. I saw this as a thinly veiled insult to the manuscript written by the African American woman because it contained grammatical errors. After a few minutes of the columnist setting us all straight on the merits of grammar, I changed the subject. The columnist excused herself, never to return. She joined the angry Cincinnati woman who left on day one, and the two women power-walked the perimeter of the parking lot for hours.

At the conclusion of the biographer’s lectures, these same women offered him a standing ovation, while intimating that “at least they’d learned something.” Later that day, I asked the columnist why she was so angry.  A few feet away stood my new friend, who was teaching poetry. The columnist screamed at me loud enough for all to hear. “I was trying to teach our class about grammar, Eileen, but you cut me off at the knees!” The poet heard that phrase being spoken to me, and burst out laughing.

To this day, I am so grateful to that poet for putting this whole incident into perspective. The week taught me that it isn’t exactly disability that is my subject matter. More intriguing to me is how supposedly “normal” people behave when they find anyone they see as an “outsider” anywhere but where they believe the outsiders belong. 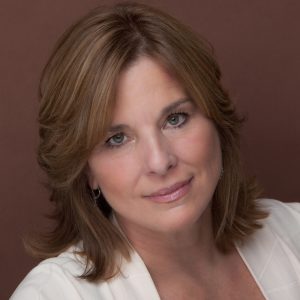 EILEEN CRONIN’s memoir, Mermaid, which is on O Magazine’s Best Memoirs of 2014, was translated into three languages. She is published in Washington Post, Daily Beast, and is a contributor for Truthdig, as well as several literary reviews. She won the Washington Writing Prize in fiction. She teaches writing, psychology, and performs in The Moth.