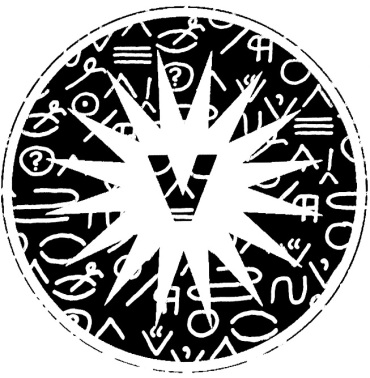 elcome to Editor’s Corner, a new VIDAWeb feature, in which editors of diverse publications and literary projects weigh in regarding issues of gender, sexuality and racial disparity in our current publishing climate. Participating editors have been sent a series of questions to which they respond; however, editors are also welcome to comment freely on other related matters. For more information on Editor’s Corner contact me at mwilson@vidaweb.org.

This week, we feature Jennifer Schomburg Kanke, poetry editor for The Southeast Review. Schomburg Kanke is also a poet and a doctoral candidate at Florida State University. Her poems dig deep into domestic scenery containing “fisherman father” figures and “ballerina-skirted” girls, but they also harbor monsters: “vampires, werewolves / and the legend of Bloody Mary.” Schomburg Kanke’s poems have been featured in numerous journals including Earth’s Daughters, “the oldest extant feminist arts periodical.”

On her journal, her role and publishing philosophies:

I’m the poetry editor at The Southeast Review, which is a national literary magazine that comes out of Florida State University and is edited and managed by graduate students in English in conjunction with a faculty adviser. I’m saying “national” not to be pretentious, but because sometimes people think of us as a regional magazine. It’s the name that throws folks I think. When we first started, in 1979, we were called Sundog but, for reasons I’m not entirely sure of, the name was changed.

The publishing philosophy of the journal, according to our mission statement is “to present emerging writers on the same stage as well-established ones. In each semi-annual issue, we publish literary fiction, creative nonfiction, poetry, interviews, book reviews and art. With nearly sixty members on our editorial staff who come from throughout the country and the world, we strive to publish work that is representative of our diverse interests and aesthetics, and we celebrate the eclectic mix this produces.” Which is nice and vague and reads like the publishing philosophy of many literary magazines because each new editor or genre editor brings their own aesthetic and flair to the journal. Vagueness beats having to update our mission statement every two years or so.

In terms of my personal philosophy, I tend to like things that embrace Frank O’Hara’s idea of Personism and William Carlos Williams’s focus on contact. Pieces that make me feel like there was a reason for them to be written and that that reason involves something/someone other than the poet, that poems are communication with a giver and receiver rather than simple blurting and broadcasting. I also really honor what Marianne Moore said once, “major value must outweigh minor defects.” And that can get me into trouble sometimes because, of course, the definition of “minor” can be a sticky wicket. Major value certainly doesn’t outweigh MAJOR defects. But I don’t think that selecting poems to publish is like grading a freshman composition paper where you have a nice little rubric to get you off the hook and I acknowledge that what I consider to be minor might be a deal breaker for someone else.

On the current publishing climate:

I’m not really sure how to address this. Is it too much of a cop-out to go all Coleridge on it and say “multeity in unity”? There seems to be differentiation, niches and movements and all that, with people confusing aesthetic differences with differences in quality. But I think that there’s still an overall sense of community. I think we saw this sense of community best after the recent charges by Alexandra Petri that poetry is dead. Not only did we have personal responses in the form of Facebook status updates and blog posts, but we also had those, like Coldfront’s John Deming’s, that really seemed to get at the heart of our collective reaction. Nothing unites like a common enemy I suppose.

I believe that if we’re going to find space in the world for poems that describe how wonderful it is to sniff a woman’s bra then we should also find a place for poems that describe what the realities of actually wearing that bra are. If poetry is to capture the human experience, it’d be a dangerous thing to put limits on exactly what counts as an experiential truth worth publishing. That said, there are things that have become cliché and we have to honor the dialectic between content and form. It isn’t enough to have a poem that gets a voice heard, the poem’s still gotta’ be a good poem. But a more practical way to answer that question is that I’m not looking at the names of poets and trying to figure out their gender and race before publishing them. I’m not reading poems and trying to suss out the class or sexuality of the poet, although sometimes these things are obvious. I’m just looking for good poems.

Of course, as Wallace Stevens points out, the kind of person we are will influence what kind of poetry we read and write. I’m an educated white woman from a Midwestern working class background who does yoga and has been with the same man for nineteen years. What calls out to my soul as a good poem is probably significantly different from what will touch a man in his twenties who’s never had a relationship longer than six months and spends most of his time out at the bars trying to live the New York dream (and many other demographic groups as well, just picking on a pretty common poet stereotype). So, do race, gender, sexuality, politics, and all those other buzzwords determine the kind of work I publish? Sure, of course. Because these are the things that make us who we are, that make up our world. But do I make a conscious effort in some way involving those things? I don’t. I do, however, make a conscious effort to try to have the strength to stick up for the poems that speak to me even if they aren’t what other people might like. Take that as you will.

I fall into an essentialist trap when it comes to the underrepresentation of women in publishing. I fear it is linked to poetic fads and so long as the fads are still recovering from the ages of angry irony and cool intellectualized distance, this underrepresentation isn’t surprising. But, to dig myself out from the essentialist hole I just dug, I’ll say that I think it isn’t entirely a gender issue and applies to many male writers as well and that there are certainly many female writers who take quite naturally to the styles I’ve just described.

This is where that Colerdigian multeity in unity comes in handy though. Part of the issue isn’t that women are underrepresented, it’s WHERE they’re underrepresented: The awards and journals that we think of as the “big guns.”  I’ve heard that VIDA might be expanding The Count to include smaller publications in the future, so I may be proven completely delusional on this (it wouldn’t be the first time), but I think women have strong representation in smaller presses and journals and are certainly a force in many community poetry scenes. Maybe the issue really is that we need to start valuing the places where we are finding representation, put our energy and efforts into making them forces to be reckoned with, rather than pointing out where we’re not being published. Of course, there’s also something to be said of the benefit of simultaneously storming the castle and building another one in the next village. More castles for everyone! Of course, if you watched Downton Abbey or Monarch of the Glen, you know that owning a castle comes with its own set of issues and responsibilities. So, I guess my answer to your question is that yes, I have many thoughts on the underrepresentation of women in publishing but I have very few actual answers.

I think it’s been a wonderful bird dog. But, as others have already noted, I think the public response to it has missed the point sometimes. It isn’t about numerical parity, not really. And it shouldn’t be about arguing over statistical methodology. It’s about showing us a picture of ourselves. Saying “Here’s what you, as a literary community, are valuing.” When the reaction is to just try to get the numbers up, this feels like a rather shallow move made by good-hearted people. It’s a complex situation that’s put down the foundation for those numbers, so let’s be chill and give ourselves some time to think our thoughts and feel our feels before we act and before we expect others to act (which is tricky because that can very easily turn into sitting around accepting the status quo, which isn’t particularly helpful in the long run either).

On A+ Lit People:

I really like the work coming out in The Fairy Tale Review and Sou’Wester lately. And Ninth Letter’s the only literary journal I subscribe to that my husband (a library cataloger, not a writer) actually reads, so that’s gotta’ mean something. The Crab Orchard Review, Mid-American Review, The New Ohio Review, and The Laurel Review are also doing really great work with poetry right now as far as I’m concerned.

I’m also a huge fan of The Paris Press. Beyond just rereleasing a lot of Muriel Rukeyser’s work, they also have an edition of Virginia Woolf’s On Being Ill that juxtaposes Woolf’s writing with some of her mother’s. The work that Jan Freeman and others at the press are doing is just really phenomenal and exciting.

And then one journal I think that is doing especially necessary work, and doing it well, is Pleiades with their book review section. After VIDA’s The Count started, Annie Finch made a comment about the importance of critical work on female writers. That it isn’t just about what’s getting published, but also what’s getting talked about, what’s getting taken seriously, what’s getting noted for posterity. I think the Pleiades book review section, as large and varied as it is, really provides the opportune space for this to happen. I think the “For the Record” section on the VIDA website is also doing good work in that same arena with some of the interviews and essays published there. I’m sure there are tons of other places I’m forgetting, but these are the ones that come to mind for me.

Jennifer Schomburg Kanke is a doctoral candidate at Florida State University. Her work has appeared or is forthcoming in Pleiades, Fugue, The Tampa Review, WomenArts Quarterly and Earth’s Daughters. Previously, she served as an editor at Quarter After Eight and is currently the Poetry Editor for The Southeast Review.

Melinda Wilson is Co-Editor of VIDAweb and Managing Editor for Coldfront Magazine. Her poems have appeared in or are forthcoming from Diner, Lumberyard, Verse Daily, WOMB, Burnside Review, Rattapallax, The Agriculture Reader, among other publications. She earned her MFA in poetry from The New School in Manhattan, and she now splits her time between New York City and Tallahassee, FL, where she is working toward her PhD in poetry at Florida State University.