Dear Fury #3: It’s bullshit to think parenthood is, by definition, a career-killer.

You are here: Home / Archives / Featured / Dear Fury #3: It’s bullshit to think parenthood is, by definition, a career-killer. 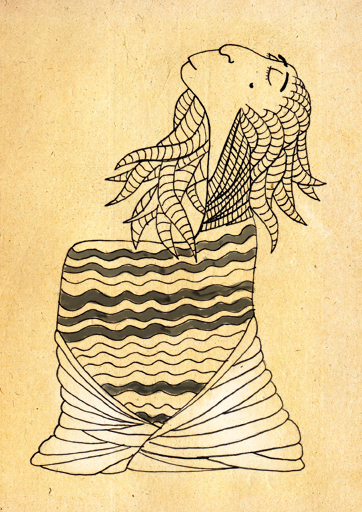 I am thirty. And I want to have a baby. But everyone tells me that I should wait until I’ve published a book to have a baby. This doesn’t make me want a baby any less. I want a baby because I’ve always seen becoming a mother as a huge piece of who I am in this world. Everyone tells me I won’t have time to write if I have a baby, and that my writing should in fact BE my “baby.” My writing is work — yes, work that I love — but it has yet to gurgle and snuggle with me. I fear I’m being naive. Everyone says, “If you have a baby, you’ll never write again.” These are dark words. Are they true?

Thanks for your advice in advance,

Afraid to be Mommy AND Writer

Dear Afraid to be Mommy AND Writer:

You probably don’t need to be told that women who don’t ever want children, or who want to wait until later in life to start a family, should be able to make these choices without being judged. But, you know what? Breeders deserve the same respect. It is not bourgeois or a kind of selling-out to want to reproduce, to want to grow a family, to want to experience parenting. Really, when I log in to Facebook on a Sunday morning, I sometimes don’t know who to hate more – all the parents with their snapshots of toddlers in the family bed, or all the non-parents with their artful brunch shots of crab cake benedict. Either way, people make me want to puke.

My question to you is: why do you give a crap what “everyone” tells you about parenting? Motherhood is a very tangled issue. “Everyone” has so much psychology wrapped around their feelings and worries about parenthood that it’s best not to listen to anyone’s gut but your own. There will be no perfect time to have a baby, I promise. Sure, if you are in financial straits, have serious health concerns, or are currently in a relationship with a major shithead, then, probably, no, now wouldn’t be the time to have a baby. But if your concern is your work? I think it will be okay.

A friend of mine found her dream of parenthood running smack into her dream of finishing, and publishing, her novel. On particularly dark days (or, more likely, pre-dawns) during her daughter’s infancy, she would boost her spirits by Googling “writers

who are mothers” and reading about how it’s actually possible to exist as both. If it hadn’t been for this Wikipedia entry on Toni Morrison, I’m pretty sure my friend would have given up: “… She wrote it [The Bluest Eye, Morrison’s first book, published when she was 39 and a single mother] while raising two children and teaching at Howard.”  And there’s a happy ending: my friend recently signed with an agent and celebrated her daughter’s 6th birthday.

Let me tell you something: I know someone who had two babies before she ever published one of the many scholarly articles she’d been working on, and then, post breeding, she finally published an article and another and another, despite being a mom. I also know someone who had two books come out before she had her first baby and she continues to write, publish, and mother.

Now I’ll tell you something else:  I know a woman who had a baby before she completed her novel and it’s been more than a decade and still no completed novel (but, hell, does she talk a lot about wanting to complete it). I know a woman who published a book after her first baby was born and then she had another baby and she just hasn’t gotten around to finishing her second book. She tells me she’s far more passionate about motherhood than poetry.

It’s bullshit to think parenthood is, by definition, a career-killer. I’ve met plenty of once-aspiring writers who never had kids and never finished or published a damn thing. It’s decidedly un-feminist to imagine that women can’t handle parenthood and a creative self. People’s career ambitions are thwarted, unrealized, and changed for unlimited reasons, let’s not pin it to motherhood.

Fury lives on the taint between life and writing, and she is happy to help you sort out your shit. Send her your questions at dearfury@vidaweb.org.

Sarah Trzcinski is an artist who lives in Cleveland, OH. She can be reached at sarahatrzcinski@gmail.com.