Compassionate Curating: Your Experience Is Valid

You are here: Home / Archives / Featured / Compassionate Curating: Your Experience Is Valid

To put it simply, being an editor is difficult—and especially so when you are dealing with work that is crucial, urgent, and traumatic. As an editor, it’s hard to do three things well: remain objective, stay true to your vision and aesthetic, and not tokenize anyone for their experience. When I decided to open the submissions for A Shadow Map: An Anthology of Survivors of Sexual Assault over at Civil Coping Mechanisms, I did so with checklist of what I needed to do in mind. While there was never a moment of doubt for me to spearhead the anthology, I wanted to do it right. And there’s plenty of ways to do it wrong.

Besides the usual difficult task of having to reject writing by people you admire, or writing by people you know, it’s especially hard when it deals with trauma. It’s why I labored over each rejection—both in that I took a lot of time to think about why each piece was or wasn’t working—and stayed true to my vision—while also writing a rejection that wasn’t just a typical form. I never wanted the writers to feel as if their own experience was being rejected, or that somehow their experience wasn’t valid, as opposed to the fact that the work was simply not a good fit. It’s important to separate both of those sentiments, as they are not only totally different, but for a survivor of any trauma, it’s the cause of much suffering and anxiety. In general, I think it’s a disservice to make writers feel as if their words have gone unseen emotionally, and especially in this case, I wanted the writers to feel comfortable, even if the outcome was a rejection.

For me in this particular case, I sought to highlight and illustrate a range of experiences—which meant that I wanted to showcase diverse voices—especially those that have been marginalized. For me, this means having the anthology cater to anyone of any gender, race, sexuality, and age. It’s not an anthology just for women, for instance—as there is the stereotype that only women are raped, or that rape is a problem only women face—which erases the narrative of anyone who doesn’t fit that bill, especially those who identify as transgender or queer. For this reason, I made it my business to stay away from any gendered or racial language in the submission call, but also to stay away from tropes and stereotypes in the work I was accepting—since it is of utmost importance to me as a publisher and writer to transcend that.

However, there is sometimes too fine a line between championing diverse voices—and tokenizing them. If an essay, for instance, couldn’t stand on its own without major revision, I took it as a sign that the piece wasn’t right for the collection. As an editor, I would never want to change the meaning of someone’s work, and unintentionally put words in someone’s mouth—especially with such a harrowing topic. This is about compassion for the person and their work, but also upholding authenticity and integrity in art—which is the point of it all at the end of the day. 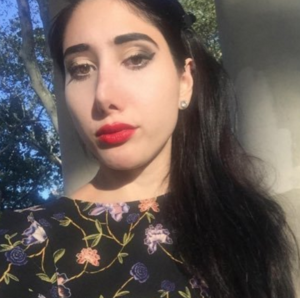 JOANNA C. VALENTE is a human who lives in Brooklyn, New York. They are the author of Sirs & Madams (Aldrich Press, 2014), The Gods Are Dead (Deadly Chaps Press, 2015), Marys of the Sea (2016, ELJ Publications), & Xenos (2016, Agape Editions). They received their MFA in writing at Sarah Lawrence College. Joanna is also the founder of Yes, Poetry, as well as the managing editor for Luna Luna Magazine and CCM. Some of their writing has appeared in Prelude, The Atlas Review, The Feminist Wire, BUST, Pouch, and elsewhere. They also teach workshops at Brooklyn Poets.

This essay is part of a series on compassionate curating with a focus on editors’ and curators’ thoughts, experiences, and advice on putting together crucial, urgent collections about difficult topics or work from marginalized and at-risk writers. And how to navigate bringing these important projects to fruition while navigating stereotypes and tropes, caring for writers and readers, being mindful of writers’ emotional labor and trauma, and how to put into practice or imagine a praxis that avoids doing harm.