Compassionate Curating: Editing Halal If You Hear Me

You are here: Home / Archives / Featured / Compassionate Curating: Editing Halal If You Hear Me

Fatimah Asghar: There are as many ways of being Muslim as there are Muslims. That was the first thing that Safia and I talked about when we first came up with the idea of Halal If You Hear Me, an anthology highlighting the voices of Muslim women, gender non-conforming, queer, and trans writers. Neither of us had served as major editors of anthologies before, but we knew that we wanted to see a project that countered rhetoric we have faced about what it means to be Muslim in today’s society. We wanted to see a project that embraced and complicated marginalized and intersecting identities within Islam.

To be a Muslim in today’s world is a dangerous thing. To be a Muslim and to also be a woman, or queer, or genderqueer or trans is downright terrifying. There are so many people trying to tell you how to be, how to behave, what is haram, what is halal. It’s hard to balance all those voices and to find places that feel like you are allowed to bring your full self to the table, always, one hundred percent of the time.

Safia Elhillo: There is a Khalid Albaih (Khartoon!) cartoon that I think back to often, in which a figure is being told, on one side, “you’re with the infidels!” and, on the other side, “you’re with the terrorists!” So often in the conversation around Muslimness and Muslim people, the complex, intersecting identities that exist in this space between “infidel” and “extremist,” or between “halal” and “haram,” are hardly ever represented. One of the most exciting experiences in reading submissions for this anthology has been in seeing the sheer range of subjects and experiences and tones that Muslim writers write about and in, have always written about and in, every day disproving the fiction coming from both sides that Muslims are a monolith and that there is only one way to be Muslim, one “right” kind of Muslimness.

FA: We wanted to include as many diverse Muslim voices as we could. We talked about how it was important for us to put the emphasis on women, queer, gender non-conforming and trans writers, since our voices are often the most marginalized within Muslim communities, and the most at-risk of exile and terror. We wanted to include practicing Muslims as well as non-practicing Muslims, and we wanted to allow a space where people could define that for themselves. If people submitted to us and said that they qualified for this project, that’s all we needed. We weren’t going to factcheck or interrogate, we were just going to take writers at their word.

After we came up with our mission we brainstormed a list of people we knew we wanted to make sure knew about the project for submissions—being in this field, we’ve both come across writers that we seriously admire and thought would be a great fit. We also then created a simple infographic and put it on social media. Based on that alone, we got numerous submissions, many from people who were submitting poems and writing for the first time, which is really beautiful to see.

SE: I think, too, there has for so long been the fear of loss of community when you break from tradition, or from the singular narrative of how you’re “supposed” to look/act/love/live as a Muslim, but the sheer volume of submissions we received confirmed that there is community in this, too–in this complicated and diverse Muslimness—and it is big and so dynamic.

In a way, this anthology is a larger-scale version of the kinds of small communities we’ve been able to find amongst each other—in so many ways, had it not been for this sisterhood Fati and I share, I might have gone on living with the fiction that my Muslimness did not come with me to my friendships, my dates, my parties and poetry readings, and every other aspect of my life. And so it is really healing to see this space come to fruition, where we are brought together as Muslims, yes, but also as writers and as people who make jokes and people who curse and who miss home and who fear for their lives and for those of their loved ones, as people who contain infinite contradictions.

FA: Safia and I grew up in America post-September 11th—in many ways our upbringing was plagued by rampant Islamophobia. We’ve seen a resurgence of that in 2016, when a president like Donald Trump can be elected, in large part because of his demonization of our religion. This is partially why we felt the project was so necessary and urgent right now. We wanted to create a safe space for Muslims to be in community with each other, to fluff out and show all these different sides to us—our silliness, our nastiness, our pettiness, our love, our belief, our non-belief, our frustration, our anger, our hope—all of it. We don’t want to flatten nuance for the sake of the easier story. We want to represent ourselves as fully as possible. And we knew that as long as we keep that mission in mind, we’d be able to do right by both our writers and readers. 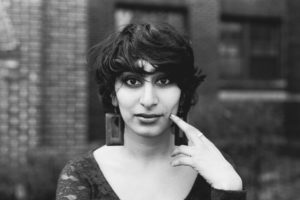 FATIMAH ASGHAR is a nationally touring poet, performer, educator, and writer. Her work has appeared in POETRY Magazine, Gulf Coast, BuzzFeed Reader, The Margins, The Offing, Academy of American Poets, and many others. Her work has been featured on news outlets like PBS, Teen Vogue, Huffington Post, and others. In 2011, she created Bosnia and Herzegovina’s first Spoken Word Poetry group, REFLEKS, while on a Fulbright studying theater in post-genocidal countries. She is a member of the Dark Noise collective and a Kundiman Fellow. Her chapbook After was released on YesYes Books fall 2015. She is the writer and co-creator of Brown Girls, a web series that highlights a friendship between women of color. 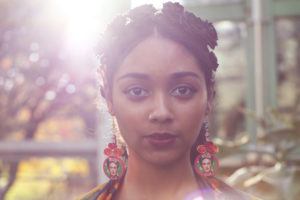 SAFIA ELHILLO is the author of the collection, The January Children (University of Nebraska Press, 2017). Sudanese by way of Washington, DC, and a Cave Canem fellow, she received an MFA in poetry at the New School. Safia is a Pushcart Prize nominee, co-winner of the 2015 Brunel University African Poetry Prize, and winner of the 2016 Sillerman First Book Prize for African Poets. In addition to appearing in several journals and anthologies her work has been translated into Arabic and Greek.

This essay is part of a series on compassionate curating with a focus on editors’ and curators’ thoughts, experiences, and advice on putting together crucial, urgent collections about difficult topics or work from marginalized and at-risk writers. And how to navigate bringing these important projects to fruition while navigating stereotypes and tropes, caring for writers and readers, being mindful of writers’ emotional labor and trauma, and how to put into practice or imagine a praxis that avoids doing harm.