Report from the Field: A Problem with the Workshop Model

Among my earliest memories is being laughed at by my father and brother for allegedly trying to pee standing up, proof of toddler penis envy. I was trying to sit on the toilet backwards, which had not, to my experience, been scrapped as a preferred mode. Of course being ridiculed, especially by men, has been traumatic ever since. I think the response to my experiment and my response to the response is analogous to some of the perils of the writers’ workshop.

Maybe if I were used to using public urinals, the analogy would be both more odious and obvious, but I’ve had a lot more experience with writing workshops than with urinals. I’ve been in workshops where only positive responses to the piece were allowed, where you could state problems only after encouragement, where you had to say one good thing for every bad, where the leader gently guided the discussion (What do we think of the last line?), and a few workshops where there’s an attempt to ascertain the writer’s intent before any comment:

“As critics of each other’s work we must be careful making assumptions, constructing interpretations, and making recommendations for revision before we actually know what it is we are looking at. …” — Dean Young’s The Art of Recklessness

I have an MA in English/Creative Writing from way back when, but haven’t updated that in an MFA program. For many years, I’ve been part of a peer-run workshop that I started in the late 80s. It may have spoiled me — as easy as it is for a peer’s comments to tear into your flesh, those bloody comments are just as easy to wash off. It’s different when they’re made by an authority figure.

Recently, I decided to attend a summer workshop. It offered me my first classroom experience in years, plus the opportunity to work with the Esteemed Male Poet (EMP). I was flattered to be considered among his friends. I knew that I would be among the oldest there, and I thought that I could add to the conversation (what, it seems to me, all intellectual activity must be).

A dialogue, a discourse, a conversation all require listening—I was prepared to do so. It’s a good thing I was. On the first day of class, we were instructed — no, required — to shut up. (It’s true that for a few in the group, EMP’s three-hour-condensed-to-ten-minutes lectures on the ode, the elegy, the sestina, the villanelle, and langue vs. parole, among many other things, were as liquid in a sieve —not much was going to stick.)

When I say that we were required to shut up, and when I relate the experience I had with my poems, you might think that I am not taking responsibility, saying this workshop experience was all EMP’s fault. “You have to respect your gods and demons,” he said, and he does personify both. Competitive, defensive, and patriarchal, he likes women to be adoring and to listen. That said, he is brilliant, and I was right in thinking there would be much I could learn from him.

But I resisted — resist — authority, particularly male authority. While I had learned, (as most women do), from an early age), to take it — to nod and apologize and defer — I’m done with that. I know what I don’t know, but I know what I know, too. I insist on my place at the table, and I do talk back.

EMP’s vision of the workshop model, which he says comes from the Iowa Writers’ Workshop, and before that, the Actor’s Studio, is that when your piece is discussed, you are not to talk. The group gives their insights — or not — and then, finally, the instructor comes down with a judgment. That there may be differing points of view, styles, or values does not matter, after his ruling. For instance, EMP likes a clear narrative line. When my poems followed this, they were holy. When they didn’t, they were shit.

And he would not let me have my say. “Intention,” he said, quoting the Actor’s Studio, “becomes the obstacle.” If this is so, then the instructor is like the interior designer who paints the clients’ bedroom puce though he is not the one who will live there. My final poem, on our final day in his workshop, was the one EMP chose to make his example, to make me his example. He got a great deal of mileage out of my pain. None of the others in the group, much younger and not previously acquainted with EMP, pushed back at .

I won’t proffer the poem he trampled on. I can say that EMP’s solution is one I adamantly reject. A colon in the second stanza might be an easy solution to the “irrationality” he raged about. But he insisted the poem was an address to the beloved (it is not) and revealed (incorrectly) that he knew that my poem was an old one, which is why, he said, I was resisting his rewrite. (I always lost arguments, my father and brother would tell me, by being emotional — my contorted face should have told him he was mistaken here as well.)

Dean Young said in his workshop at Squaw Valley Writers Conference, “We are here to create birds, not bird cages.” Maybe I’m too old for the workshop experience—or too feminist. I prefer to entrust my poems to the gods and goddesses of publication. If they like them, they’ll publish them; if they don’t, they will not. 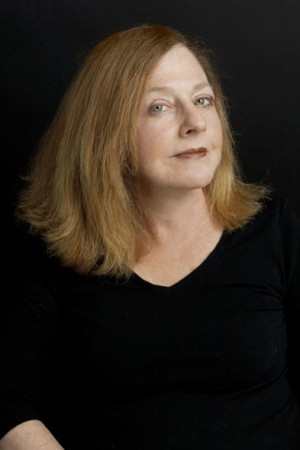 My essays have appeared in Hobble Creek Review and Connotation Press and my fiction has appeared in Narrative Northeast. My poetry is forthcoming in Kenyon Review and has appeared in Field, Zyzzyva, Harvard Review, Narrative, Plume, Rhino, and many other journals and anthologies. My work was included in Best New Poets, has received a Pushcart Special Mention, and won the 2009 poetry prize from Smartish Pace. My first collection, Conjugated Visits, a National Poetry Series finalist, was published in May 2010 by Dream Horse Press. My poetry manuscript, Hue and Cry, is seeking a publisher.