Report from the Field: Justice

This Report from the Field is a post authored by Jody Hobbs Hesler regarding her account of her personal experiences with the Title IX process and developing results with noted literary figure John Casey.

A writing professor of mine once taught that even the vilest of characters in a story required a mitigating quality in order to clinch their authenticity for readers. He called this requirement “justice.” Show the mafia henchman, just after whacking his mark, tiptoeing back into his apartment to avoid waking his newborn child. Show the serial killer hand-feeding his bedridden mother. The evildoer’s evil stands all the more starkly in relief against their now-nuanced humanity. This “justice” offers the reader a morsel of incentive to care about the fate of a creepy character.

Long-revered UVA professor and National Book Award winner John Casey originally articulated this notion of justice for me in a graduate-level creative writing workshop at UVA in the spring of 2010. He seemed to apply it broadly, as if every villain needed at least one Boy Scout badge to pass some kind of believability test. I agree with him – when the story belongs to the bad guy. But what about when it belongs to someone else? Couldn’t too much extenuating of bad guys’ characters distract the reader from what really matters in a story?

When John Casey joined the ranks of #MeToo casualties, his concept of justice suddenly reared up from the back of my mind and smacked of irony. #MeToo accusations have reshaped the landscape of arts and literature in this country (and beyond), forcing the arts-consuming public to scratch its collective head and, finally, ask important questions, such as the one Roxane Gay posed in her Marie-Claire essay “Can I Enjoy the Art but Denounce the Artist?” It’s a knot we’ll be untying for generations, but Gay’s nutshell answer is, “No.” I join her in questioning why we’re so fixated about the collateral damage sure to follow the ousters of these mostly-male harassers and rapists. Don’t the ramifications of their crimes dwarf the tragedy of their lost fame? Aren’t we simply less human if we fail to wrestle with our consciences in order to consider watching Manhattan now?

The bottom line: The story of the #MeToo movement belongs to those who have suffered. Sometimes bad guys are just bad, and the story doesn’t, and shouldn’t, belong to them. Sometimes the scenes or stories we’re relating, in fiction as in life, are more about the witnessing and surviving than about the predators.

Isn’t this the very reason many news outlets no longer name shooters in mass shootings, hoping this refusal to heap fame on a murderer might deter the next one? Maybe no one benefits when we learn of the shooters’ angst and isolation. Maybe that story is redundant even.

Justice for the bad guy, as John Casey defined it, often hijacks justice from someone else. In my own experience, the largest hurdle I had to clear in reckoning with my difficult childhood was mastering the compulsion to prioritize the excuses and feelings of all the other players in my past over my own feelings of abandonment and endangerment.

A therapist I worked with used EMDR to help me ease some traumatic memories. This technique involves reimagining conflicts in such a way that allows you to redress old hurts, to express rage and sorrow from moments when you were powerless, to visualize meaningful consequences, and finally to come to a sense of peace. In short, my job was to get angry and mete out imaginary punishments for past wrongs. My reflex to sympathize with everyone else got in my way, though. Visualizing a time I was afraid of my father and my mother didn’t intervene to help, I couldn’t help but feel sorry for her, too, knowing she felt trapped and helpless herself. I felt sorry for everyone, even for my father who’d had a shitty childhood of his own, whose father had beaten his mother in front of him, left her unconscious on the floor.

Having empathy, or offering Casey’s sense of justice, for my family members has advantages, too, of course. It connects me to them and makes me human. Empathy and justice are ultimately worthy and essential values. But empathy and justice in the context of healing from my past stymied my recovery from childhood injuries, prevented me from taking control of my own story. At some point, in order to resolve my hurt and suffering, I had to let my own injuries matter more than the million extenuations I offered on behalf of my family’s actions and inactions.

What were my family’s actions and inactions? What am I recovering from? I’ve heard these questions over the years from plenty of well-meaning friends, trying to understand what I mean when I say I had a bad relationship with my father. I can’t escape the suspicion, though, that part of the question is meant to measure me. Was her childhood really as bad as she says? From what I’ve heard, her father didn’t sound like such a bad guy.

People asking these questions have no idea how hard it is to put myself first, to allow myself to reject the treatment I endured. They don’t know that my father designed every argument with me to undermine my own sense of reality. Most of them have no idea how hard it is to articulate the daily pressures of a relationship based on power brokering and erasing my sense of myself. What do they stand to gain by learning my father’s redeeming qualities? Why do they need proof of my injuries? What drives us to blame a person for their suffering?

When my father showed a Playboy video-of-the-month to my sixteen-year-old brother in front of thirteen-year-old me, did it matter that he once helped usher the reality of fair housing into the sleepy little town where we used to live? That he accepted down payments in hocked jewels and venison to make it easier for disadvantaged clients to purchase homes? Or that a priest on some spring break of his early teen years let his hands linger as he slathered my father’s back with suntan lotion? Do his own shitty childhood and a few admirable values excuse him for watching porn in front of his barely-teen daughter?

Likewise, when John Casey (allegedly) draped his hands along the asses of young MFA students at University of Virginia events, how much does it matter that he was a small-statured man who seemed compelled to compensate for his size with tales of his bygone athleticism? That he found refuge from a lifelong stutter in Shakespearean theater in college because somehow he could deliver lines without a hint of his speech impediment? Does it matter that he was brilliant with a facility in several languages and an ability to spout from memory a thousand snippets of literature and poetry? When he was (allegedly) inappropriately touching his female students and passing them over for opportunities, did he not simply forfeit the right to stand first in line for compassion?

In our classroom, Casey openly discussed the attractiveness of students. Outside the classroom, he once approached another classmate and me – she and I were both in our 40s at the time – to talk about the way one particular student dressed in class. He was effusive and assumed our complicity in gauging the appearances of young women.

In his curriculum, the female characters in nearly every assigned story were helpless, sexually objectified, and flat. I chalked up his attitude, and this entire atmosphere, to the relics of 1970s male chauvinism, apparently alive and thriving in 2010’s UVA MFA department. I seethed through that semester, always hoping I’d learn something despite all this discomfort, always hungering for the discussions of literature and craft I had signed on for. Until I read about Casey’s former student Emma Eisenberg’s charges in The Chronicle of Higher Education, it hadn’t occurred to me that recourse existed or that the University, which proved such fertile ground for Casey’s attitudes, would have any interest in seeing them challenged.

I challenged his curriculum in class myself, and, when I did, most of the other students remained silent. A few defended him, as though I were making a personal attack. What I said was, “None of the women we’re reading about are like any women I’ve met in real life.”

The women we encountered in the stories he chose ranged from wise, ever-loving prostitutes (as rendered by three different white male writers); at least one “crazy” woman; a woman wholly thwarted and defined by her husband’s infidelity; and a teenaged girl passed around a houseful of coked up 30-something Hollywood film folk like a sexual party favor. These writers had written other works, many that included women who weren’t truncated, half-formed characters, but those were not the works John Casey selected.

It was when we got to the teenaged sexual party favor reading that I had had enough and made my comment. Casey played the literary canon card: I should be able to expand my mind to accept tutelage from my superiors, and my resistance to do so showed my own ignorance and shortcomings. He deflected my point that it was his specific choices, not the literature itself, that felt oppressive and strange (especially in 2010 at the nation’s top-ranked MFA program).

In the hallway after that class, a woman my age came up to me, her face awash with something like shock. “Jody,” she said to me, “I think you hurt his feelings.” Recourse certainly didn’t occur to me then. In the context of this classroom, justice did not extend beyond the person in power.

The hot potato issue of how to manage our feelings about the art left behind by all these defrocked heroes strikes me as a red herring. When we mourn the potential loss of their contributions we overlook how these abusers were never the only ones at their levels of mastery in their respective arts. Every time a person’s book or story is chosen to be published or movie or play produced, every time an actor is chosen for a role, legions of other excellent contenders get passed over. The #MeToo movement’s growing rosters of abusive mostly-men took slots that others were standing ready to occupy. Many of whom might have been kinder, fairer, and yet more talented than the person chosen. Many of whom might even have been women, people of color, LGBTQ. Instead of mourning the losses of the artists we already know, shouldn’t we be mourning the losses of artists these failed heroes obscured from our view?

Fretting over the fate of their art also blurs the story of the real damage these fallen heroes have wrought. Let’s not give the story back to them all over again by worrying about what sense to make of their shattered legacies. Let’s be sad for the right reasons. Predators have left scattershot scars across the world of arts and literature and every other stratum of existence. Let’s be sad for every single man, woman, and child who ever fell prey to them. Then let’s fill the holes these graceless broken heroes have left behind with new and better heroes. 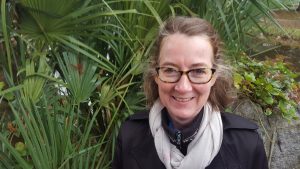